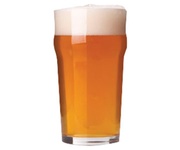 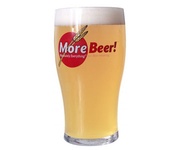 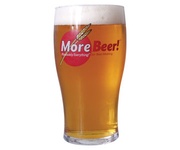 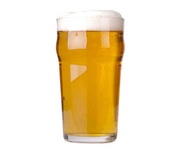 Here are five facts about IPAs that you might be interested in knowing if you want to learn More! about IPA’s and are considering home-brewing one yourself!

1. IPAs Were Not (Necessarily) Made in India!

India Pale Ale gets its name from being an export of the English during their rule in British India. In contrast to today’s IPAs, the IPAs of centuries past were lighter-flavored, less hoppy, and as you can probably guess, paler in color.

IPAs have become the love of the craft-beer world, and because of this, many different flavors have been invented. For those who don’t like overly bitter tasting beers, Northeastern-style IPAs are replacing what were the bitterest beers in the business with a mellower flavor. For those bored with Commercial IPAs in general, there are numerous flavors to by creating your own — due to the different strains of yeast and of hops that can be used — that resemble citrus, pine, and even fresh fruit like peaches and papaya. The IPA world is yours to create and expand on!

As stated above, IPAs are a great choice for the first-time or long-time home brewer. At MoreBeer.com, we have many IPA recipe kits to choose from: You can brew an Imperial IPA, a more hoppy variety, or delight your taste buds with flavors as dark, bitter, or fruity as you’d like. We know it’s all about how the hops influences the taste, so rest assured that our IPA Beer Recipe Kits contain the freshest hops available as well as the newest styles of IPA to keep your palate pleased.

As alluded to above, IPAs are considered a “hoppy” style of beer. This means that the hops, which are used as a bittering agent, usually take precedence when it comes to the taste of an IPA. Yep, that’s right — that’s where the bitter taste comes from. If you like to add a strong bitterness to your drink, you may love many different styles of IPA. If you prefer a lighter flavor, the taste of the hops can be regulated if you’re brewing at home so that it doesn't overwhelm your IPA's flavor. “Dry-hopping” is when the hops are added during or after fermentation, rather than when the wort is boiling. This process creates a strong aroma and taste, but not as much actual bitterness. (Some perceived bitterness though).

5. IPAs, Unlike Other Beers Styles and Wine, Should Not Be Aged a Long Time!

IPAs are made with hops, and hops’ flavor fades away over time: It will flatten out and become less “hoppy” and more “malty”. Try to drink it within a two-week to a two-month window for the best flavor.