Electric all grain brewing systems are convenient for a few reasons.  First, and most obvious, they don't require the use of propane.  This is generally less expensive, and removes the chance of you running out of gas before the end of the brew day.  We've definitely been there before!  Next, most electric brewing systems come with a built in temperature sensor, and are extremely capable of keeping your temperature right where you want it.  Whether it be heating your strike water, mashing, sparging, or boiling, the electric elements turn off and on when needed.  And finally, a lot of these electric brewing systems are incredibly compact!  Electric brew systems like the RoboBrew, Braumeister, and Grainfather are also known as eBIAB systems, and are basically an all-in-one brewery.

If you're interested in becoming an electric brewer, you've come to the right place.  All of our electric brewery equipment is competitively priced, is high quality, and most of it ships for free! 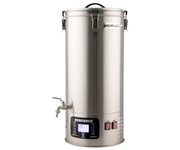 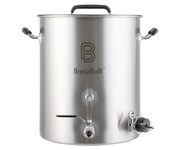