How to Master Hop Character 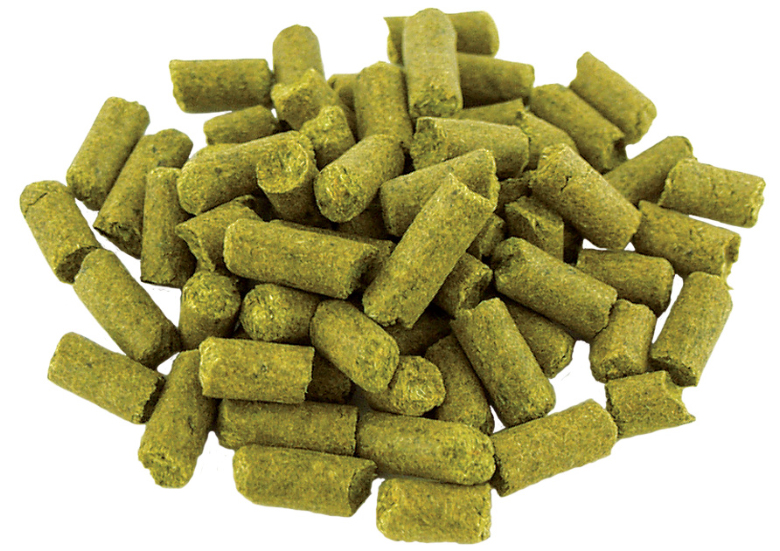 Each hop variety has its own trademark flavor and aroma. A simple set of experiments can open the door to personal mastery of each variety’s peculiar character.

This article explores the question, “How do hop varieties differ in their contributions to the finished beer?” Becoming familiar with the diverse range of hop varieties and their particular flavor and aroma contributions can be challenging, but the rewards of understanding are great. Armed with a knowledge of each hop variety’s personality and behavior, you can bring an elegant complexity to otherwise monodimensional recipes or create recipes that reflect your own distinct tastes. As with most explorations of new territory in brewing, the learning process requires fore-thought, patience, and repeated experimentation, followed by a careful assessment of the finished beer. Keeping detailed tasting notes is immensely helpful in this process.

Click here to browse our incredible selection of brewing hops!

Start with a neutral recipe: To get an initial cut and feel for a type of hop, I suggest that you use a fairly neutral recipe, one that can accentuate a hop’s contributions over the effects of the malt, fermentation, or alcohol. I like using a typical pale ale or neutral lager recipe, such as a Helles or Export, between 4.5% and 5.5% alcohol (v/v). The recipe may incorporate specialty malts where appropriate, but avoid dark malts or excessive caramel malts that might overwhelm subtle hop notes.

Similarly, select a somewhat neutral yeast; the American ale yeasts Wyeast #1056 and G.W. Kent Yeast Lab A02 and the German lager yeasts Weihenstephan 3470, Wyeast #2124, and G.W. Kent Yeast Lab L31 are excellent examples of yeasts that perform well, yet leave little in the way of a yeast footprint. You can try more distinctive yeasts (those that produce more esters or possibly a subtle sulfur note) once you are more confident of each hop’s profile.

Select a base hop: The next step is to select a fairly neutral base hop for the kettle that will supply bittering effects (say 20–25 IBUs from a single 60-minute addition), but minimal or no flavor effects.

While most hops, if boiled long enough, will provide bitterness but little in the way of aromatics, I have found that most hops do indeed leave a telltale mark even when used only for bittering; avoid such hops for this experiment. Chinook, Columbus, and Cascade, for example, usually leave a distinct remnant effect. Other hops, such as Cluster, tend to impart a harsh or coarse bitterness when used at rates above 20 IBUs. I have had great success using either Perle or German Northern Brewer as a neutral kettle hop. The accompanying box (derived from references 1–3), lists the most common hops and their bittering and aroma characteristics.

Some might argue that using isomerized hop extracts would provide a better neutral base, and this approach has its merits. As a traditionalist, however, I strongly suggest using whole hops. Although isomerized hop extracts would give a direct injection of bittering with minimal addition of flavor or aroma, I prefer to leave these to the controlled scientists among us; I cannot in good conscience suggest the use of such processed forms of hops in small-scale craft brewing.

Change one variable at a time: At this point in the experimental design, you need to decide which characteristics of the hop to accentuate: hop flavor, aroma, or both? I based one of my series of brew experiments on the following technique: Brew a basic pale ale using a neutral hop such as Perle, then adjust only one variable in each brew. For instance, I used only Cascade for flavor and aroma. Then I brewed the same recipe using only East Kent Golding for flavor and aroma.

You can repeat this method for the set of hops you want to study. In time, you will be able to sit for a blind tasting and recognize which hop was used in a given beer. Controlled experimentation is an effective way to systematically associate each hop variety with its finished flavor and aroma profile and to develop a good baseline of hop characteristics.

You can also try changing only the aroma hops or dry hops. Experiments with dry hopping are particularly easy if you brew large batches that fit into multiple kegs or carboys; you can simply add a different hop variety to each vessel. In my experiments, I would often brew a series of beers using Styrian Golding as a kettle hop and vary the flavor and finish hops between Cascade, Willamette, Fuggle, B.C. Golding, or whatever hop I wanted to get a feel for. Recently, I followed this method with the newer hop variety Columbus to better understand how its essential oils and resins differ from those of Centennial and some of the other varieties I typically use.

Once you can recognize each hop’s basic contributions, then you can begin to decide which characteristics of each variety to combine to achieve the results you want.

The one-hop-at-a-time option: Using the same hop type for bittering, flavor, and aroma will, of course, give the best possible sense of a hop’s character. I’ve done this myself using Cascade and East Kent Golding with good success. But this method could take you many brews to get a feel for the results.

If you start with the basic recipes for pale ale or light lager that I suggest in this article, you can judge each hop’s contribution fairly easily by changing just one hop variety at a time at the finishing/aroma stages. This process can also help you discover which combinations of hops add complexity to the finished beer.

British hops: British hops that have proved to work well together include Fuggle, East Kent Golding, Target, Challenger, and Northdown. Any of these varieties can be mixed to produce a good English ale, regardless of whether the beer is to be a brown ale, a bitter, or an ESB. Styrian Golding (a Fuggle of British ancestry grown in the Slovenian Republic) are also very complementary to English hops when used in ales.

Continental hops: Varieties of Hallertauer (Hersbrucker, Mittelfrüh, and Tradition), Tettnang, Spalt, and Northern Brewer combine well. Saaz hops, with their distinct spicy Zatec aromas (Zatec is the region of Czechoslovakia in which Saaz are typically grown), can find a home in almost any style of beer. Saaz are often found in German and Czech Pilseners and even in Belgian and English ales.

American hops: The “four Cs” — Centennials, Columbus, Chinooks, and Cascades — are noted to have symbiotic properties. While each brings its own bouquet to the table, all contribute an overall “citrusy” character that is often very desirable in pale ales and American IPAs. They are the trademark citrusy hops of the Pacific Northwest. Other American hops that work well together are Willamette, U.S. Fuggle, Yakima Golding, and Mt. Hood. The newer U.S. hybrids such as Mt. Hood, Liberty, and Ultra can be used in both ales and lagers, though I personally prefer the latter two for lagers.

Hops for Belgian styles: Belgian ales tend to reflect the cultural crossroads of their country’s location; it is typical to find English hops as well as German Hallertauer, Czech Saaz, and Slovenian Styrian in many Belgian ale styles, though rarely to excess, together with the Belgian-bred Record (a cross between a Czech Saaz and an English Brewers Gold).

Names and true characteristics: Don’t be too quick to condemn any particular hop variety without collaborative testing. For one thing, not all hops that go by the same name are equal. Hop varieties may be grown anywhere, with sometimes dramatically different effects. One variety of hop may vary significantly from dealer to dealer.

Also make sure that you use the highest quality hops available. Hops are the most delicate and perishable ingredient used in the brewhouse, and proper cold storage is essential. Purchase only hops that are stored well in oxygen-barrier packaging or freshly shipped from the hop brokers. (For guidelines on hop purchasing and storage, see reference 4.)

No matter what your taste in beer — from malty ales to hoppy lagers — you will benefit from having a command over the individual effects that each hop variety contributes to the bitterness, flavor, and aroma of your beer. Familiarity with the specific traits of each hop variety and how they interact when combined provides a crucial foundation for formulating recipes based on hop profiles and hop combinations. A bit of patience and a lot of experimentation go a long way in determining which combinations of hops work best for your recipe goals.