There comes a time in every homebrewer's day, where he or she finishes work, comes home, and relaxes.  We've found this is an enjoyable practice, but even with the game on, the shoes off, and the recliner reclined, there is still something missing.

Based on one of our favorite summer beers, Deschutes Twilight, this recipe features four differet hops for complexity, Northern Brewer, Tettnanger, Cascade and AMARILLO® hops.  An extra ounce of AMARILLO® hops is included for dry hopping which really makes this beer. The coppery"sunset" color is achieved with Carastan malt imported from England.

AMARILLO® is a trademark owned by Virgil Gamache Farms, Inc.

Reviews
Powered by TurnTo
Review More Purchases | My Posts
4.9 / 5.0
9 Reviews
5 Stars
4 Stars
3 Stars
2 Stars
1 Star
8
1
0
0
0
Very Fine !!!
I've been homebrewing since 1992, and can honestly say, this is in the top five beers I've ever made. Extremely smooth and well balanced. Just enough malt sweetness and just enough hop bitterness, as well as hop flavor. This is an almost perfect warm weather beer. it is not too high in alcohol, making it somewhat of a session beer. Will definitely brew again.
October 4, 2019
Jeffrey Mulbach
Purchased
6 months ago
Almost Paradise
This beer has a smooth, moderately light body, with great complexity in the hop flavors and aromas. It's kind of like a tropical Sierra Nevada Pale Ale. Used WLP001 Cal Ale yeast, fermented at 72-74F for two weeks. Cold crashed for several days and kegged. I added an extra 2 oz of DME that I had on hand so the ABV turned out to be 5.8%. So not quite a session beer in my opinion, but a perfect middle ground for a refreshing pale ale that's almost paradise. 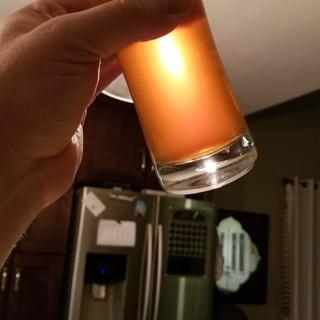 You can see the beautiful "copper" hue from the Carastan English crystal malt of this beer.
September 5, 2019
Aaron Correll
Good balance and love the Amarillo hop forward nose and taste!
My wife and I really enjoy this beer! I just Legge’s another batch yesterday and waiting for carbonation to complete - I can’t wait to get at it!
August 5, 2019
Papa Jack Cunningham
Purchased
11 months ago
Great kit
I love making this batch
February 28, 2019
Mike Catalano
Purchased
1 year ago
Delicious and crushable!!
Recommended for anybody who likes lighter hop iPad 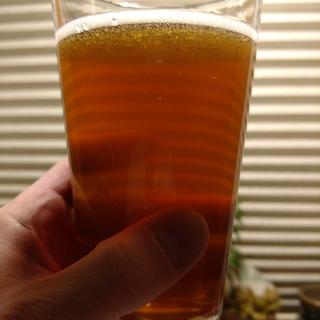