Based off of one of the most exceptional east coast beers (in our humble opinion) on the market, this double IPA instantly became one of our favorite ingredient kits!  Our version of a Heady Topper clone recipe is packed with almost a pound of hops, and is definitely a beer that will have hopheads in hopheaven.

One of the first things we noticed when pouring this beer into the pint glass was the aroma.  With a dry hop addition consisting of Apollo, Centennial, Columbus, Simcoe®, and  Amarillo® hops, we weren't necessarily surprised.  Impressed is more like it.  A balanced malt profile helps to tame the bitterness, allowing the hop flavor and aroma to be the true star in this recipe.

If you're a fan of IPAs, double IPAs, or anything having to do with hops, this Heady Topper clone is one beer you need to brew!

Reviews
Powered by TurnTo
Review More Purchases | My Posts
4.8 / 5.0
10 Reviews
5 Stars
4 Stars
3 Stars
2 Stars
1 Star
8
2
0
0
0
This is an excellent beer
March 23, 2020
David F
Purchased
4 months ago
Hoppy Heaven
Delicious beer with huge hop presentation. Light amber color with some cloudiness that may further clear. More dank piney hoppiness than citrus, but with grapefruit coming through. Only in the keg for 4 days now. Changing daily to the better with melding of flavors and better mouth feel as carbonation increases. I can't remember Heady Topper very well, but I think it was more citrus. Should be getting some soon to compare and hope to remember to update this review.
February 20, 2020
Edward T
Purchased
2 months ago
Best beer I've brewered
After several attempts at a big IPA, this one finally fit the bill.

Only changes I made to the recipe were reducing the boil to 60 minutes, and adding half the LME at the beginning, and half at the end.

I dry hopped in the primary without a bag, and fined w/ gelatin a couple days prior to kegging.

Clarity, aroma, head retention, and flavor are all outstanding with this kit. I'll certainly but it again.
February 12, 2020
Nicholas B
Purchased
2 months ago
Embrace the hops!
Finished product is a nice American IPA, fruity, piney hop aroma with a very firm bitterness and strong citrusy hop flavor. Very drinkable and medium-light bodied despite my batch finishing at 1.005. MoreBeer, you may want to crush malt a bit finer, as I missed my target OG by quite a bit since I do BIAB. SRM on the higher side. But I can't judge color against Heady Topper as I always drank from the can. I feared beer would be overly bitter due to missing my gravity, but it is on point. Used Omega British Ale V as yeast. It preserved maltiness beautifully while showcasing huge hop aroma and flavor. Excellent recipe and kit!
January 26, 2020
Tanguy P
Hoppy goodxxxxxxccccccccccc
Excellent ................,.,,,,,
October 1, 2018
richard s
Purchased
1 year ago
more beer "kit"
you should include a grain bag and a standard yeast packet with the kit . a list of available yeasts to choose from for the more experienced brewers .also directions for brewing are very general. a little more info for each type of brew would be very helpful.
July 24, 2018
cory r
Purchased
1 year ago
Response from MoreFlavor
Thank you for your feedback. We really appreciate the honesty and value great feedback like this as it helps us improve our products. Cheers!
July 31, 2018
Zach R Staff
Awesome Double
Would recommend, easy to brew, came out great
June 23, 2018
Trevor Chauvin
Tons of Hops!
I made this as a base to mix with kombucha so I concentrated it to 3 gallons so I could then add the kombucha. The aroma of this beer is incredible! Very much worth the price.
March 28, 2018
Scott L
Purchased
over 2 years ago
I like it, friends like it, but still needs a little tweaking on my end 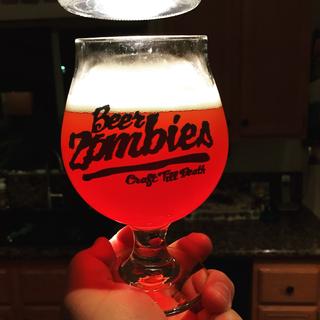 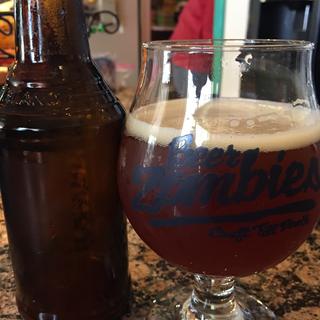