This beer combines the richness of black malt with the old-world smokiness of Bamberg: a Franconian village that is at once worldly and yet devoted to its traditional ways. Brewed with an ale yeast, it mimics the origins of English porter, a beer made solely from brown malts dried over a direct wood fire. And since you'll never find a beer like this at your local liquor store, you'll have to brew it to appreciate the flavorful treats it can offer. With an astounding Two Pounds of Rauch Malt, any fan of smoked beers will fall in love with Ray's beer! Ray recommends British Ale yeast, WLP005.

Ray began brewing in 1989 after seeing a homebrew store ad at a Chicago hamburger shack. "The first batch was pretty good," he says, "but the second one was awful. Fortunately, I had already brewed the third batch before tasting the second, or that might have been the end of things. After tasting that beer, there was no looking back: I dove headlong into brewing and tasting and learning as much as I could about the art of brewing." That informaton was put together in his book, "Designing Great Beers", which has since become a must-have for any serious brewer. Over the years he has brewed more than 200 batches. When he started all-grain brewing in 1990 there weren't many options for buying mashing equipment, so he made his own 10-gallon vertical Coleman cooler Mashtun. More than 90 percent of the 200 batches he had made over the years were produced on the homemade equipment--although now the mash tun has been retired after some unsuccessful modifications a few years back. You may now know Ray as the founder of the highly successful Cicerone Program which certifies and educates beer professionals.

Liquid Malt Extract (LME) vs. Dried Malt Extract (DME)
MoreBeer! recipe kits are offered in both Liquid Malt Extract and Dry Malt Extract so that our customers can choose the format that best suits their needs and brewing style. LME is a viscous liquid, similar in consistency to maple syrup. In addition to being the more affordable option, many brewers find LME easier to handle than dry extract. DME is more condensed and comes in a powder format that is similar to baking flour. Although it’s a little more costly, DME is naturally lighter in color and stays fresher for longer. We highly recommend DME when brewing light colored beers.
Documents
You Might Also Need

Reviews
Powered by TurnTo
Review More Purchases | My Posts
4.8 / 5.0
5 Reviews
5 Stars
4 Stars
3 Stars
2 Stars
1 Star
4
1
0
0
0
Rated 5 out of 5
Relatively Mild Smoked Beer
With only 2 lb of Weyermann smoked malt, this one goes down easier than you would expect for a smoked beer. I used S04 and turned out fine. I would suggest drinking this beer no colder than 50F, really brings out the mild roasted flavor of the carafa. Take out of the fridge and let site for 20 minutes. Wait 4 weeks to drink from bottling. Good head retention and lacing. A bit lighter in color and mouthfeel than one would expect in a porter. I split the LME into early and late to get better bittering, you'll end up with about 40 IBUs. The smoked malt will not have a smoked taste or smell, but rest assured, it will smoke the beer. This is the type of beer you homebrew for, something that is hard to find otherwise. You really can’t compare to Shlenkerla, that beer has very intense, heavy smoke, leather, and bacon flavor, hard to drink in my opinion. This is a good smoked beer to get your feet wet. 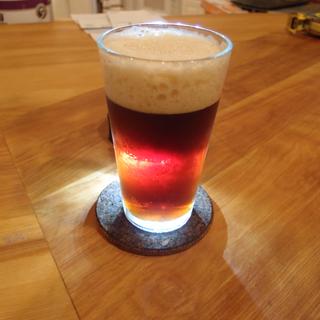 Added May 16, 2019
May 16, 2019
Robert M
Response from MoreFlavor
Thank you so much for your feedback. We really appreciate the honesty and value great feedback like this as it helps us improve our products. Cheers!
May 17, 2019
Tyler W Staff
Rated 5 out of 5
Terramar
Was delayed on making this beer, bottled it a few days ago. I was surprised that the alcohol content was 13.6. Great taste at the bottling and wondering if this beer is ready in the bottle after 2 weeks or if it takes a few months, like the Imperial Stout.
January 26, 2018
Pat A
Purchased
over 4 years ago
Rated 5 out of 5
Great beer.
I really enjoyed this beer. Nice flavor.
May 28, 2013
Larry E
Rated 4 out of 5
Gone.
It was a good beer. A bit too hoppy and yeasty for my taste - and it seemed to border on being out of style. But like the subject line says.... I drank it all!
May 28, 2013
Paul A
Rated 5 out of 5
Excellent beer, I'd like a little more
Really tasty beer, but I'd actually like it even smokier if possible. Having said that, it's definitely a beer you should brew at least one time.
January 24, 2013
Graham W