Give yourself or a loved one the gift of beer brewing with an all-in-one Homebrew Starter Kit from MoreBeer! We offer a range of the best and most complete starter kits in the industry for new homebrewers, including the only complete entry-level All-Grain Brewing Kit on the market. MoreBeer! has been helping people learn to brew beer since 1995, and our starter kits are constantly updated to include the newest and best equipment for new brewers. We're confident that you'll love brewing your own beer at home, and with one of our starter kits, we know you’ll be successful too. All brewing kits ship for free! 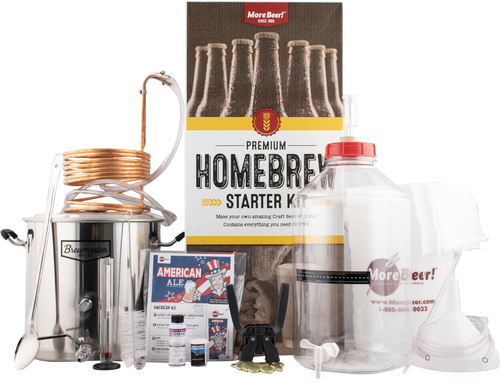 MoreBeer! Starter Kits are the Best in the Industry. Here’s how: