HBC438 is a new experimental hop that has an unofficial name of  Ron Mexico, due to its native US neomexicanus  hop heritage.  Aside from a complex aroma character, this hop is also unique for a couple more reasons.  First and foremost, all proceeds from the sales of these hops go to ALS.net and help fund the ALS Therapy Development Institute, the world's largest non-profit biotech focused entirely on ALS Research.

On top of an amazing aroma and helping fund ALS research, these hops are also unique in their availability.  Rather than the hop breeders finish the testing of this experimental hop internally like normal and then release to the commercial market, they are turning the tables and trying something new!  HBC 438 is being released EXCLUSIVELY to the Homebrewing community first. Then in the future with more supply they will release it to commercial brewers. So the tables are flipped - Pro brewers will be reading your reviews and seeing what you thought of the hottest new hop.

While we know this hop has enticing aromas of stone and tropical fruit, orange, mint, and herbal, we don't know what beers will make it shine. Vinnie from Russian River Brewing (of Pliny fame) used this hop in an experimental beer brewed for the National Homebrewers Conference. We recently attended a talk where he raved about this hop. Now's your chance to be among the first developers of recipes that incorporate this hop.  Let your creative genius shine, and see what you can brew. 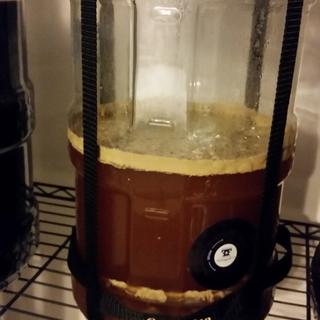