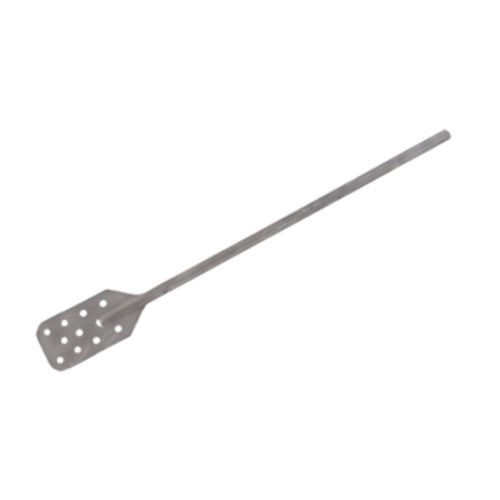 In a way, mashing is the natural progression of malting. Both act to take a raw ingredient (barley or malt) and through enzymatic processes reduce the material into sugars that are consumable by yeast. You may be surprised to think of malting as producing sugars, but this is exactly what occurs in the production of caramel malts. Caramel malts, depending on how dark they are, contain sugars already converted for the brewer.

A significant part of the mashing process involves protein degradation. Proteins are organic matter of relatively high molecular weight and are composed of amino acids. Amino acids are Nature’s building blocks and play an important role in healthy yeast metabolism during fermentation. Properly malted and mashed grains will produce a wort that is high in free amino nitrogen (FAN), which ensures a healthy fermentation.

Proteins can be grouped into three classes: large, medium, and small. One of the goals of mashing is to break down large proteins into free amino acids while retaining some medium proteins; medium-sized proteins provide beneficial viscosity to the wort, which aids in head retention and mouthfeel. Large and medium proteins are reduced by the action of proteolytic enzymes during the protein rests in a mash program. These rests are typically performed between 112 and 140 °F (44–60 °C). The malting process also reduces proteins, particularly in the production of British pale ale malts. This is one of the reasons it is easier to mash this malt using a single saccharification rest — the protein rest has already largely been done by the maltster.

Malt starch is composed of long chains of glucose molecules — amylose and amylopectin. Amylose is built of linear chains of glucose, whereas amylopectin is built of multi-branched chains of glucose units. The linear bonds of amylose are connected by 1–4 carbon links (the number 1 carbon binds with the number 4 carbon with an oxygen molecule between the 1 and 4 carbons). Amylopectin contains both 1–6 carbon links and 1–4 links. Beta-amylase breaks the 1–4 bond, producing maltose, but is incapable of breaking the 1–6 linkage in amylopectin. The 1–6 linkage can, however, be broken by alpha-amylase.

Browse our selection of grains, malt, and barley in weights ranging from 1, 3, 5, and 10-pound bags!

Rests in the 140s °F (low 60s °C) will favor beta-amylase activity, which increases the concentration of maltose in the wort and therefore results in higher fermentability. Often, these rests are termed “beta rests” or “maltose rests.” Rests in the high 150s °F (~70 °C) favor alpha-amylase activity and produce a wort higher in dextrin content. Dextrins are not consumable by brewers yeast and survive into the finished beer, providing beneficial mouthfeel.

Another issue in mashing is that of beta glucans. Beta glucans are gums that are products of the breakdown of the hemicellulosic cell walls. They are produced during the malting process under the action of the enzyme beta-glucanase. Beta-glucanase enzymes can survive the malting process but are rapidly deactivated above 122 °F (50 °C). They remain quite active at 104 °F (40 °C), and as a result a rest in the 104 °F (40 °C) range will help to dissolve the beta glucans. Beta-glucanase survives to a much higher degree in lightly kilned pale lager malts than in ale malts.

Wheat malt, in particular, has high levels of gums and for this reason a low temperature rest is almost mandatory when mashing wheat. Also, because ferrulic acid is liberated at 111 °F (44 °C), a rest at this temperature is most beneficial for wheat beers. Ferrulic acid binds to pentosanes in grains with ester bonds, and because beta-glucanase degrades both beta glucans and pentosanes, this rest will liberate free ferrulic acid. Free ferrulic acid is important in wheat beers because it is decarboxylized into 4-vinyl guaiacol during fermentation, which contributes to the characteristic phenolic flavor.

The combination of temperature rests favoring each amylase leads to maximum extract yield. It is also the different characteristics of these amylases that allows brewers to carefully control the composition of the wort and the character of the finished beer.

Decoction mashing is the traditional technique used in brewing to process undermodified to moderately modified malt, primarily in the production of lagers and Weizens. In decoction mashing, a protein rest is performed at around 122 °F (50 °C) for 15 min. After this rest, a thick portion of the grains (about 20–35%) containing little fluid is removed and separately mashed at saccharification temperatures between 148 and 158 °F (65–70 °C), followed by a 15–45 min period of boiling.

Significant changes to the malt occur at the elevated mashing temperatures, primarily those between 165 °F (74 °C) and boiling. Starch molecules that survive into the higher temperatures literally explode, liberating their components and furthering reduction and conversion. Boiling the grains dissolves gums, which are especially troublesome in Weizen beers. Boiling also darkens the wort and helps to further reduce proteins.

At the completion of the boil, the decocted portion is combined with the rest of the mash, and the resulting mash is held at saccharification temperatures until conversion is complete. Alternatively, a second or even third decoction may be pulled after the mashes are recombined (double and triple decoction mashing, respectively).

At the end of the saccharification period, the mash is raised to mash-off by the addition of heat or a decocted portion of the mash. Decoction mashes usually produce a slightly higher degree of extract and a somewhat maltier flavor. For more complete discussions of decoction mashing.

Decoction mashing is losing favor in lager brewing because of its high energy costs and because of the production of ever more highly modified malts. German brewmasters are continually raising the dough-in temperatures to upwards of 140 °F (60 °C) in an effort to preserve some beneficial proteins that accentuate the foam stand of a beer. This practice is a direct response to the over-modification of modern continental Pils malts.

Mashing is a complex mix of enzymatic reactions that each have optimum temperature and pH ranges. It is easy to say that beta-amylase is most active at 140–149 °F (60–65 °C), but it is also somewhat active at 154 °F (68 °C) and even higher temperatures. Similarly, alpha-amylase is most active in the high 150s °F (low 70s °C), but it survives to some extent into the 170s °F (high 70s °C). By carefully controlling the time spent at each of the optimum ranges, you can successfully predict wort composition.

It is the art of the brewer to devise mash programs that optimize the conversion of the raw malt into wort that meets the requirements of a particular beer style. Mashing provides the brewer tools that can be used to create both variety and consistent, repeatable results.