How to Brew Lager Beer at Room Temperature 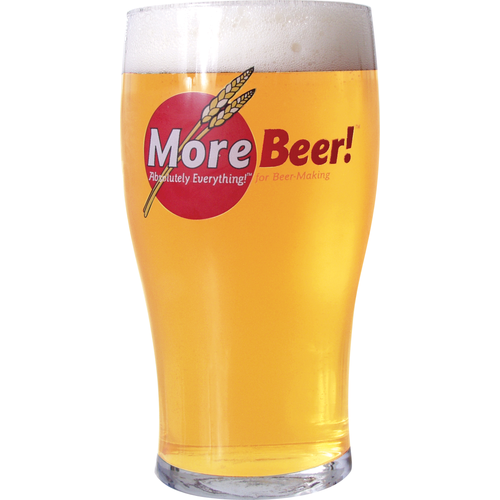 With the help of insights gained from acoustical theory, one brewer discovered a simple method of brewing crisp, clean lagers at room temperature.

I suspect most home brewers brew more ales than lagers because of the limitations in their household work spaces rather than because of their drinking preferences. Although the popularity of home brewing has increased interest in a greater variety of beer styles, particularly ales, over the past 20 years, beer sales suggest that most Americans prefer lagers. How many more of us would take up lager brewing if it were possible to brew good, clean lagers in our kitchens, without any means of refrigerating the fermenting vessels?

Despite the conventional wisdom that fermentation must be carried out under refrigeration, it is reasonably easy to create crisp, clean lagers, free of the esters, diacetyl, and fusel alcohols that so often mar our efforts to duplicate some of the world’s best beers. The methods presented here are the result of some simple innovations in my home brewery, inspired by the basics of acoustic theory as applied to speaker construction (see box).

Want to brew your own lager at home? Choose from one of our recipe kits!

Much of the difference between ales and lagers is caused by the strain of yeast, of course, but even the best lager yeasts will produce ale-like flavors if allowed to ferment too warm. The traditional strategy for containing this activity (probably discovered accidentally and empirically reinforced) has been to conduct fermentation at cool temperatures (40–55 °F). Good results can be obtained, however, even if temperature is kept low only during kräusen and then allowed to rise to room temperature levels later in the fermentation! While it may be difficult or impossible for home brewers to keep fermentors cool during the entire fermentation process, especially during the summer months, it is easier to keep them cool at the beginning of fermentation — the most important time to keep temperature in check!

Although large batches are typically more difficult for home lager brewers because they are more difficult to keep cool, in this case the larger the batch, the better; thermal inertia slows the gradual rise to to ambient temperature. The rise to room temperature can be further slowed by using an insulated fermentor such as a doubled-walled plastic water cooler. A 10- or 15-gal batch in a well-insulated cooler will take several days to reach ambient temperature. By this time, the most critical time of the creation of unwanted fermentation by-products will have passed. In fact, elevation of temperature late in fermentation is a tactic often used by commercial breweries (most notably in Germany) to help boost the activity of yeast strains that do not easily reduce diacetyl levels produced during kräusen. In this way, brewers effectively damp the most active phase of the process — the fermentation “resonance” (see box) — by deliberately making conditions less conducive to yeast activity at the time when it is most energetic.

The strategy is to begin fermentation at a very high pitching rate, but at very cold Temperatures — around 40 °F. This flies in the face of conventional wisdom among home brewers, which recommends that yeast be pitched at a temperature somewhat warmer than its standard fermentation temperature and then gradually lowered to a cooler range. With proper pitching rates, however, fermentation will begin within 8–12 hours even at temperatures as cold as 40 °F.

Procedures for Lagering at Room Temperature

My method for room temperature lager brewing begins with boiling a concentrated wort (whether extract or all-grain), chilling it with ice to near freezing for the best possible cold break, and racking off the trub. This procedure leaves only about 3–4 gal of clear, high-gravity wort (in a 6-gal kettle), to which I add water that has been chilled in my refrigerator. If the water in your area is not reliably free of bacteria, distilled water is cheap enough to buy in convenient 2-gal jugs, or you can preboil water and refrigerate before brewing day. I then pitch the yeast, usually at around 40 °F (4–5 °C). I then allow the fermentation to proceed undisturbed. Of course, the cooler the surroundings, the longer the temperature inside will remain cool, even in an insulated vessel, and the better the results.

Once fermentation is under way, I avoid opening the fermentor for such activities as hydrometer readings and skimming, which only accelerate warm-up and increase the risk of infection. Instead, I rely on the bubble rate in the closed fermentor to indicate the beer’s progress.

Bottling: If I plan to bottle the beer, I conduct single-stage fermentation and bottle directly from the primary fermentor after 12–14 days. I allow the bottled beer to condition and attenuate further for 7–10 days at room temperature and put it in a refrigerator to chill and precipitate and settle the haze. (Without clarifiers, bottle lagering is necessary to eliminate the chill haze. I believe clarifiers are best used when the beer is to be artificially carbonated.) This three-step process typically takes a month or more, after which the lager is at or near its peak. (My wife is splendidly tolerant of my keeping up to 10 gal of beer in our refrigerator — of course, she enjoys it too!).

Kegging: If I plan to keg and force-carbonate, I transfer the beer to a secondary fermentor after 10–12 days and allow it to attenuate and reduce diacetyl. After about 10–14 days in the secondary, I add Polyclar (polyvinyl pyrrolidone) and silica gel to clarify the beer a couple of days before kegging. The beer can be force-carbonated and drunk almost immediately. Total turnaround time for the kegging method is about three to four weeks for completely clear, finished beer versus six weeks or more for the naturally carbonated, bottled version. It is worth noting that adding clarifiers before kegging accomplishes much of the same result (except attenuation) as extended lagering. In addition to precipitation and settling of haze producing molecules, the clarifiers draw out tannins that detract from the beer’s flavor (this happens with cold storage, but at a much slower rate).

I personally do not agree with the common belief that chill haze is tasteless. There is no doubt that a beer tastes the same whether or not haze is visible (except, of course, the difference in flavor that results from serving the beer at different temperatures). But I believe chill haze compounds do contribute to flavor (or, detract from it, depending on your point of view). A beer that is clear at 35 °F (1–2 °C) definitely tastes different from the same beer that has haze-causing compounds present — even if these compounds are invisible at warmer temperatures. If a pure, clean lager is your favorite beer, then haze removal — using either clarifiers or a traditional lagering method — is a must.

Use of adjuncts: One other element can contribute significantly to the success of lagers brewed at room temperature — the use of an appropriate adjunct. Before you reject this suggestion immediately, citing the Reinheitsgebot, remember that some outstanding lager beers brewed outside of Germany (and now even a few inside Germany) make use of adjuncts. Despite the widespread notion that good beers can be brewed by using malt only, there is good reason to incorporate simple sugars into the process. One of the features of lagers, especially Pilseners, is a high degree of attenuation. When mashing, this means that the mash temperature is usually held relatively low — 150 °F (65 °C) — so that beta amylase enzymes convert more starch into shorter chain sugars, which are fully fermentable, resulting in a drier, crisper beer. Why use expensive malt to make simple sugars that ferment out completely and contribute nothing to flavor but do contribute to chill haze?

I prefer to mash at higher temperatures to contribute malt flavor and make up the remainder with adjuncts. (An alternative is to use an extract such as Laaglander dry extract that has a relatively higher proportion of more complex sugars.) All adjuncts, however, are not alike. Although the most common ones are fully fermentable, some are more readily fermentable than others. In this respect, light honey stands out as a superior adjunct. It attenuates as completely as corn sugar but at a slower, more uniform rate, making it the ideal choice for lagers, especially Pilseners. Because it has a somewhat slower rate of fermentation, light honey helps keep initial fermentation subdued; remember, this is when many of the “non-lager” flavor compounds are created.

It’s Easier Than You Think

By rigorously following good brewing practices and borrowing a lesson from the methods used by audio engineers to damp acoustical resonances and rid speakers systems of excessive behaviors, home brewers can diminish the natural unevenness of fermentation and successfully brew excellent lagers with nothing more than a water cooler and a refrigerator.