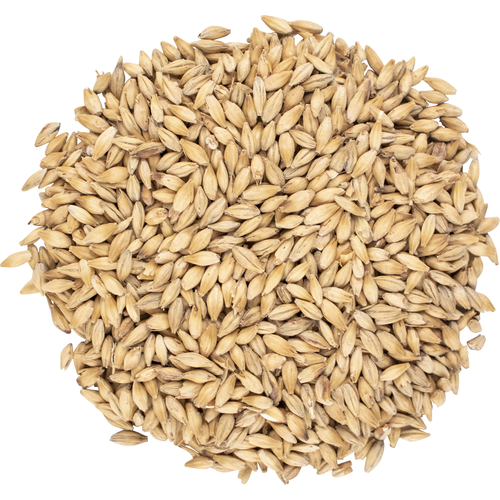 The Basics of Beer Malts

Homebrewers have many malt choices. Brewing recipes for different styles of beer give us a good understanding of certain malts and how they taste together. You can also experiment by combining one or more types of base malt with specialty and adjunct grains in various percentages. The possibilities of your grist are truly endless.

The Role of Malt In Beer

Malt in beer consists of grains that get converted to wort to sustain the fermentation process. Base malts account for the majority of the grist in all-grain beer, and barley is the most common base malt. The malt production process involves steeping, germination and kiln drying. Food energy and enzymes are left in base malt for mashing. This process involves combining malt with water at a temperature that enables enzymes to convert starches into sugar in wort during fermentation, yeast consumes this sugar and produces alcohol.

Malts are typically classified by the name, color, potential, and the percent extraction or maximum yield. The names of different malt varieties are based on the formation of corns on two-row or six-row barley stalks as well as the variety and geographical origin of the grain. Colors may be measured based on either the Lovibond or the newer Standard Reference Method number scale. Flavor characteristics also distinguish malt types.

Every type of malt has a potential that determines the gravity or density of wort. Here are the gravity contributions for one pound of grain per one gallon of water for common malt varieties:

Some of the most popular barley base malt varieties are pale, Pilsner, Munich and Vienna. Non-barley base malts include wheat and rye. Kilned or roasted malt may have lower diastatic power and enzyme levels. Adjunct grains such as corn (maize), flaked oats, rice and starchy vegetables are also used in some beer to create a flavor profile.

Malt is used in beer across a variety of countries and typically determines the flavor characteristics of the beer styles that originated in each area. European barley is used to produce malt varieties such as Pilsner, Munich and Vienna. In general, the types of base malt used in America are milder than British base malts.

When you select a beer recipe, it is important to check which types of malt and quantities are called for in the recipe as well as whether a preparation calls for all-grain brewing, in which malt must be mashed rather than steeped in extract beer recipes.

New brewers should follow tested recipes and add the recommended amount of base malt and specialty grains. It is necessary to consider the potential and percent extraction when experimenting with malt in your own homebrews. The characteristics and flavors of the malt you choose will determine the taste of a brew. In many cases, only a relatively small amount of specialty grains are necessary to impart flavor.

The right malt for any brew depends on the style of beer and the desired taste. Experimenting with different types of malts can enable you to learn more about the flavors and properties of each variety and fine tune your brewing recipes.