Pliny the Elder is truly an amazing beer with a cult like following and very limited quantities. However with this killer kit you can make your own Pliny and perhaps you will develop your own cult following where you are worshiped by your beer loving friends.

Light malt color, huge hops, and a dry finish. Be prepared for an outrageous amount of flavor.

This is THE original Pliny recipe, given to us directly by Vinnie at the Russian River Brewing Company. This beer is an intense double IPA: High bitterness with a dry malt finish, 8% alcohol, 6 separate hop brew additions, 3 separate dry hop additions, and intense hop flavor and aroma! Pliny sets the standard for Double IPA's!

Who is Pliny The Elder
This beer is named after Gainus Plinius Secondus, or Pliny The Elder, a Roman author, lawyer, naval man and naturalist who first mentions the botanical name for hops in his writings - lupus salictarius, which translated from latin means Wolf Among Willows. Sadly, Pliny died while helping people escape the eruption of Mt. Vesuvius in August, 79 AD. Pliny the Younger was the nephew of Pliny the Elder and is the name of another outrageous and highly sought after beer from Russian River.

Russian River Brewing
If you have not tasted beers from Russian River Brewing Company, you should. This is a brewery with huge demand that keeps quality as a first priority. Owner Vinnie Cilurzo is also unique in that he still actively brews and tests recipes and ingredients (on a MoreBeer! Brewsculpture by the way) on a constant basis. Amazing.

WLP001 - White Labs California Ale
WY1056 - Wyeast American Ale
GY001 - GigaYeast NorCal Ale #1
IYA07 - Imperial Flagship
yes but which one? all of these strains?
Hi Kristi - You should only choose one of these strains, and really based on personal preference. Imperial Organic has higher pitch rates out of the bag, which may be better suited for this high gravity brew.
0
BEST ANSWER: Hi Steve - The following yeast strains are recommended for the Pliny the Elder:

Reviews
Powered by TurnTo
Review More Purchases | My Posts
4.9 / 5.0
118 Reviews
5 Stars
4 Stars
3 Stars
2 Stars
1 Star
109
8
1
0
0
A new favorite
After a 10 year hiatus, I have returned to brewing. I bought a few equipment items and was sent a marketing email with this product on sale. The rest of you rated it highly so I thought, why not. I bought the extract version with the White Labs yeast. (I've always had great results with White Labs)

Anyway, I finally got to taste the fruit of my efforts. WOW.

I followed the instructions to the letter. I see others will vary the recipe a bit, but I didn't.
December 24, 2019
Michael Simpson
Purchased
1 month ago
Very Nice Clone of Pliny the Elder!
This is the 2nd time I've brewed using this kit and, again, it turned out awesome! I used Imperial Organic Flagship yeast in a 2-step 2000-ml starter and pitched into a wort temperature of about 65 °F. Dry-hopped at 7 days. No secondary, straight to the keg after 2.5 weeks in the primary. Added gelatin solution to clear. Amazing results!
August 13, 2019
Ray Fuller
Purchased
over 2 years ago
Homemade "Pliney the Elder"
I was very surprised when I saw this for sale on MoreBeer.com. The ease of this brew made it very fun. It is fermenting now and I am very excited.
March 8, 2019
John T
Purchased
11 months ago
Result tastes very similar to commercial bottle
Great value with loads of hops, no issues brewing and happy the result was so close to Pliny from Russian River. I call mine Pliny the Younger.
December 15, 2018
Alan Gregg
Purchased
1 year ago
We Made a Great Beer
The consensus is that although we didn't make Pliny the Elder exactly, we made a great beer. Amber, rich in flavor from the all the hops, and everyone enjoyed it, both from the bottle and from the keg. It came out much darker than the original, with the hop aroma similar similar to the original. Will brew this again.
September 19, 2018
Chromebook User
Purchased
1 year ago
Very good 5 stars but not the best I've brewed but definitely up there
September 14, 2018
Ben R
Purchased
1 year ago
A favorite Double IPA of mine.
I have brewed this many times and it is always wonderful. Some friends and I tried this side by side with the origninal Pliny and most preferred this one. US-05 yeast. This is the authentic recipe with the correct hops.
September 7, 2018
Big J
Purchased
1 year ago
A friend of mine took a tour at Russian River Brewery brought me back a bottle of which I thoroughly enjoyed!
I bought this kit from more flavor, the directions in the beginning seemed a little odd, but I decided to follow them to the T, as a result this beer tastes identical or even better then the one I had gotten in a bottle from Russian River. very happy with the way this beer turned out.
I would make it again. 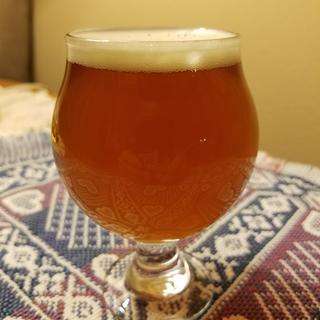 Added Apr 24, 2018
April 25, 2018
Greg s
Purchased
over 2 years ago
Pliny extract kit
Was very impressed with this kit. My friend a I did a side by side blind taste test with the real Pliny. Both of us prefered the stronger flavor of the extract kit. I had read many posts about the color being too dark or more of a copper color with the kit. To counter this I took some advise from a few forums to add the majority of the extract at the end of the boil. Still came out darker but definitely not a copper color. I will be making this year round.
March 28, 2018
Nick Y
Spot On
I picked up this kit for a quick "stock the larder" between all grain batches. Smooth process and excellent results. Put it on draft 1 week ago and quite sure it won't last long in the kegerator.
February 25, 2018
Jeremy Johnson
Purchased
over 2 years ago
Delivers the goods
Makes a really, really good beer. I'm still waiting to compare to the legendary original.
February 6, 2018
Pete Goettner
Great tasting recipe
complete and as advertised
February 6, 2018
Paul W
Purchased
1 year ago
Good kit
I have made this twice now and compared both batches to the real thing. Both batches came out a little on the malty but with that strong piny hops taste. I personaly along with most of my friends preferred the kit version over Russian Rivers bottled version.
January 30, 2018
guy b
Purchased
over 2 years ago
Brewed today - 1/26/18
Brewing was a little different than the previous kits I have done. More as this progresses through it’s paces ang gets bottled.
January 26, 2018
David R. S
Purchased
over 2 years ago
fabulous beer
this beer, along with Hopslam, is absolutely my favorite brew. family and friends agree. will continue to brew on a regular basis. best to wait 3-4 weeks if you bottle, even if carbonation complete at 2 weeks. flavor is just better later.
January 21, 2018
Stephen E.
Purchased
over 2 years ago
So far it is really good
Bought this kit about 2 weeks ago and it's sitting in the primary dry hopping right now. Once fermentation slowed, I sampled the beer (while taking a hydrometer reading) and the beer is coming along quite awesome. Lot's of great hopiness in the beer and good body. Mine is going to end up being around 10% abv though (OG of 1.085 and FG should make it to 1.010 or close to it). One thing I noticed about this kits hops that differentiate it from other clones is the addition of the Cascade hops during steeping (or mashing for the all grain version). None of the other clones have cascade in the hop bill. I contacted RR about this and they directed me to their website which lists the hops as: Amarillo, Simcoe, CTZ, Centennial, and Cascade. But in the email they list the hops as: Warrior, Amarillo, Simcoe, CTZ, Centennial, and Cascade. Warrior hops are not listed on the website but only in the email. I was curious why this kit doesn't contain the CTZ hops (Or the Warrior hops if that's in the brew as well). All in all a great kit. I wish I had a Pliny the Elder to compare with (I'm looking for one to trade now). Regardless of the hop selections, this is an awesome beer. Cheers!
August 18, 2017
dyetube
Fantastic
Living in the midwest, I've never had a Pliny the Elder, so no clue how close it compares. I got this kit based on reputation and reviews here.
Some others have complained about not yielding enough wort when transferring. With this in mind, instead of my usual 6 gallons, I upped it to 6.5 gallons. Per recommendations, I added only the whole cascades hops without the malt- and added the malt closer to the 45 minute mark, instead of the full hour. Hit the original gravity dead on. I used white labs california yeast, with 1l starter. I think I should have either used a 2l starter, or maybe I didn't oxygenate it enough, either way, I had a stuck fermentation. I warmed up the fermenter, and agitated slightly for a day or 2 and it picked up some, but by end ABV ended up being a little short, about 7.3% instead of 8%. After 3 weeks, I kegged it anyway.

Still turned out great. Very nice double IPA. I'd put it as good or better than any other that I've had, commercial or home-brew. Will definitely make it again, but apply my learnings- a bigger yeast starter and more aeration early.
June 3, 2017
C B
Awesome
Wow. Great beer! Can't compare it to original because I never had it. But from someone who loves the style and enjoys Double Jack, Maharaja, etc. this one is a great extract kit. Great instructions and extras light clarifier. The downside is yield. I want to brew this again but by the time you throw away the dead yeasties and then the sludge at the bottom of the carboy when you dry-hop the yield is less than 4 gallons. I want to brew again but will have to try something new, at least for the dry-hopping.
January 26, 2017
jaw0001
What a great intro to beer making!
I had be ver made beer before, but a skilled friend told me that if I got ahold of a kit, he'd walk me through the process on his equipment. I've never been able to track down a bottle of Pliny in the flesh, so making my own seemed like a fun challenge.

I like a nice IPA, and this one is top shelf. I only put one in the fridge at a time, otherwise I think I'd drink these up way too quickly. Try it out if you like a serious IPA with a somewhat ridiculous amount of delicious hops.