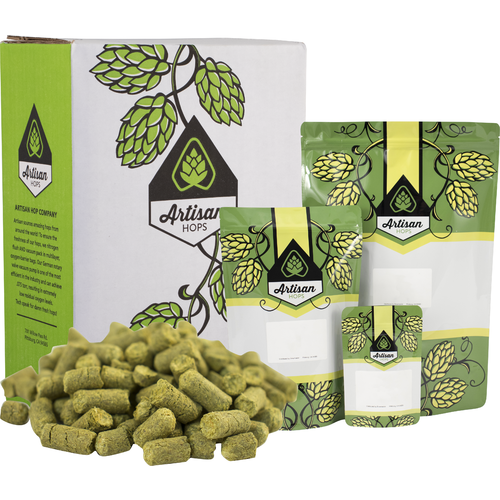 A great aroma hop for German beers. Also known as Hallertauer Tradition, this hop has a super clean floral and herbal aroma which will go great in any German lager! This hop was originally bred at the Hull Hop Research Institute in Germany for it's resistance to disease, and now it is a defining hop in a number of the region's Pilsners and Hefeweizens.

Reviews
Powered by TurnTo
Review More Purchases | My Posts
4.6 / 5.0
9 Reviews
5 Stars
4 Stars
3 Stars
2 Stars
1 Star
6
2
1
0
0
Rated 5 out of 5
Traditional
Consistent Quality as always.
October 28, 2022
ron
Purchased
3 months ago
Rated 5 out of 5
Right hops for lager
Good flavor. As expected.
April 13, 2022
Gerhard Z
Purchased
10 months ago
Rated 5 out of 5
Always Fresh
Fresh, and more importantly, in a light-proof bag. I'll use half for aroma, late in the boil, and half for dry hopping when moving to secondary. MB's hops are always great. Thank you!
November 20, 2021
Craig B
Purchased
1 year ago
Rated 3 out of 5
I always get these surveys prior to my use of the ingredients so I cannot comment.
March 14, 2021
Brad M
Purchased
1 year ago
Rated 5 out of 5
All things German
Just pored this new Hefeweizen and it really full of flavor. Tasty and this is a good hops. 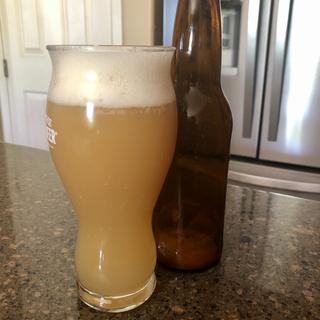 Added Apr 25, 2020
April 25, 2020
Tyrone Anderson
Purchased
over 2 years ago
Rated 5 out of 5
A lovely hop
The pellets smell excellent, just an amazing hop. The German pilsner I make always turns out great.
June 7, 2019
Nathan S
Purchased
over 3 years ago
Rated 4 out of 5
I dig
Really like the flavor and aroma but my hops came in at a really low 3% alpha which I wasn’t expecting so my beer needed more hops to get the bitterness I was looking for. Otherwise I’d try these again but I’d buy more just in case. These caught my eye because the storabilty was good compared to other noble varieties.
March 2, 2018
Zach H
Purchased
over 5 years ago
Rated 5 out of 5
Excellent Noble Hop
Though not as traditional as hallertauer or saaz, this high humulene hop has all the chemical characteristics of a noble hop. I used a whole pound last year in my continental beers and found it to provide the perfect German character. Highly recommended.
January 16, 2016
Philosofool
Rated 4 out of 5
Nice aroma
Seemed like a bit more aromatic version of Hallertau that it's related to.
May 6, 2015
Steven M