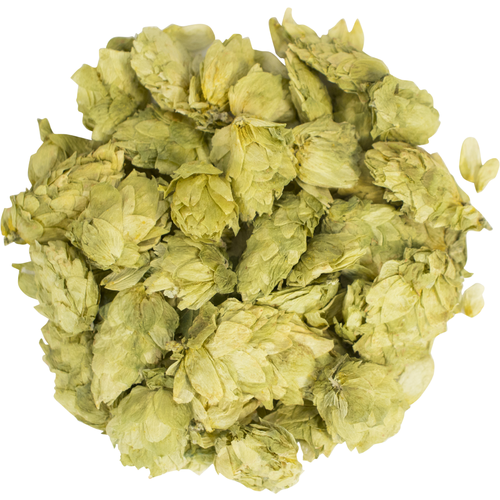 Cascade is the classic American hop that really started the hop craze. Defined by its citrus, and often more specifically, grapefruit flavor it is now sought out around the World. It is a true dual purpose hop that can be used for bittering, at the end of the boil, or the fermenter. Whole cone hops are typically the preffered format for dry hopping as they maintain contact with the beer by floating, they are easier to remove than pellets and they add a unique character to the beer. Adding whole hop cones directly to the mash tun is also a great way to add an extra layer of hop flavor and to clarify your wort as it filters through the flowers.Used in so many craft brewed pale ales, but none more famous than Sierra Nevada's Pale Ale. You cannot go wrong using Cascade in all kinds of American style ales. 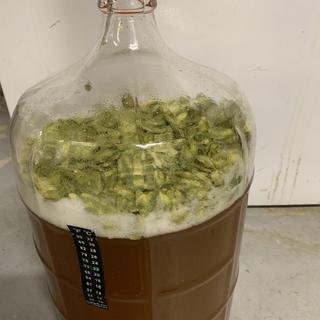 Excellent whole cone hops! Currently using these whole cone Cascade hop to dry hop my beer!
August 2, 2021
Todd B
Purchased
1 year ago
Rated 5 out of 5
Whole hops!
Fragrant and flavorful. Arrived in beautiful condition. I Prefer whole hops every time!
February 11, 2021
Nealio
Purchased
over 2 years ago
Rated 5 out of 5
Smell as good as the ones I used to grow when I lived in the part of the country where you could grow good hops. As the beer is still in the secondary fermenter being dry hopped I cannot tell you about the flavor yet.
December 27, 2020
Ken Hall
Purchased
over 2 years ago
Rated 5 out of 5
Good hop quality in terms of smell and taste
I used the Cascade whole hops for making a Pale Ale and used half of the 2 oz for the wort and the remaining half for dry hopping. The flavor was great and the aroma of the hops made for a smooth tasting beer.
November 11, 2020
PeleB
Purchased
over 2 years ago
Rated 5 out of 5
Beautiful hops.
I hadn’t used whole hops in 20 years because pellets are the norm now, and didn’t realize how much I missed them. I use whole grain so why shouldn’t I use whole hops. The appearance and aroma were fantastic and loss of wort to trub was much less than pellets.
Hopefully I can get whole EKG next year.
December 11, 2019
Craig Peacock
Purchased
over 3 years ago
Rated 2 out of 5
Keep searching and find better hops
I ordered these to dry hop my cider, and I couldn't pass up the price. Unfortunately when I opened the bag, the quality was very poor. Was also not whole cone, but instead a pound of separated leaves, dust, and twigs. I guess that's what you get for a low price. Next time I'll spend the extra money elsewhere for quality.
December 3, 2019
Dominic Q
Purchased
over 3 years ago
Response from MoreFlavor
Hey so sorry about your experience. Thank you so much for your feedback. We really appreciate the honesty and value great feedback like this as it helps us improve our products. We try very hard to create the best experience for our customers and provide quality products. Please give us a call at 1-800-600-0033 or email us at info@moreflavor.com so that we can assist you. We are here to help. Cheers!
May 29, 2020
Malcolm lieban
Rated 5 out of 5
Awesome Experience
Don't be mad, I made kombucha, not beer. I dry hopped it and it was super delicious. Lots of fruity, grapefruit like flavor, very little bitterness, very enjoyable. I'm a hops novice, but they seemed to be high quality, clean, and aromatic. I will be ordering again
January 11, 2019
Bryce W R
Purchased
over 4 years ago