MoreBeer! offers an incredible selection of brewing hops for making beer, all packaged in oxygen-barrier bags to help keep them as fresh as possible. We sell both pellet hops and whole leaf hops as well. Pellet hops are milled during processing which breaks up the lupulin glands. Since pellet hops are condensed into a smaller form with very little surface area they can be stored for longer. While we recommend pellet hops for most brewing, there are applications where Whole leaf hops are the better option. Whole leaf hops are perfect for use in a hop back and some brewers prefer them in the boil when using a kettle screen. For best results, we recommend that you store your pellet hops in the freezer until they’re ready to be used.

Beer hops are quite possibly the most exciting ingredient in homebrewing! Want to learn More! about Pellet & Whole Hops? Click here. 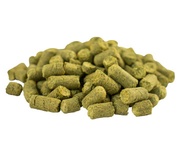 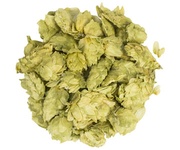 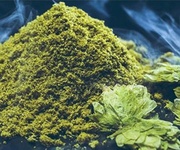 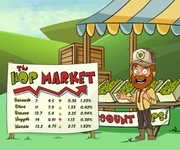 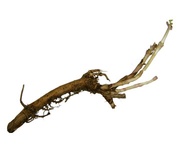 Which hops to brew with in your upcoming batch of IPA can be a fun yet daunting choice with all the amazing brewing hops on the market today. Couple that with the choice of using either Pellet Hops or whole cone hops even furthers the decision tree or should I say bine. Don’t worry, we won’t let your thoughts boil over in the process. Ok enough with the puns, let’s hop (last one I swear) into the differences between hop pellets and whole hops.

Let’s start with whole hops also called “whole cone” or “whole leaf” as they are the first product in the refining process to making pellet hops. If you’re into purity and think less is more than you can’t get much less refined than whole cone hops with the exception of freshly harvested wet hops of course. Many commercial breweries like Sierra Nevada insist on only using whole hops in their beers. So there is something definitely to be said by this choice. But let’s explore further and looks at some of the advantages and disadvantages of using whole cone hops.
Advantages:
Disadvantages:

This article is discussing the difference between pellet hops and whole hops, so we won’t go too deep into the differences between T-90 & T-45 hop pellets. Essentially T-90 Hops contain more overall vegetal matter due to how they are processed. Speaking of processing, that’s the big difference between whole and pellet hops. Pellet hops go through further processing after being harvested and dried. They get ground into a fine powder and then pushed through a heated extrusion die, turning them into a pellet. This refinement process creates some advantages and disadvantages over whole cone hops.
Advantages
Disadvantages:
As you can see both pellet and whole hops have their advantages and disadvantages. I don’t think one could say “I only use…” type of hops. But it’s important to know the differences when crafting your beer recipe.