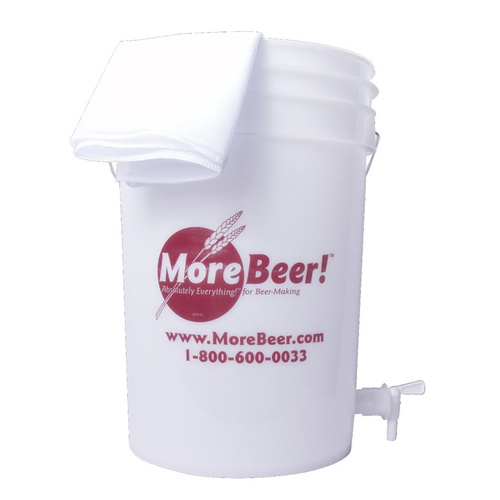 Question: I am confused. I am a beginning all-grain home brewer and have learned a lot from friends at a local homebrew shop. One thing they all agree on is that single-infusion mashing is the way to go. Most of the books I have, particularly yours and Papazian’s, use mostly step mashes (except for ales), so I have been eager to try them. But in a previous issue of BrewingTechniques, you state that you now use single infusion. What are the advantages/disadvantages of step mashing? What do you recommend? I am under the impression that step mashing is required for six-row malts and German and Belgium malts, and that six-row malts are desirable if you use many adjuncts because of their high enzyme content. What’s the scoop?

Dave Miller: Sorry to confuse you, but live and learn, as they say. I was dragged down the single-infusion path kicking and screaming, and nothing but money could have done it. When you work in a brewpub, you work with equipment that, although very flexible and refined in some ways, is in other respects more limited than the average home brewery. Our brewing system uses a combination mash/lauter tun which has some insulation but no means of being heated. It is therefore limited to single-infusion mashing. To fit it with steam coils or jackets would have added many thousands of dollars to the price. We went with the basic design, which is similar to what you will find in the majority of pub breweries.

Since I began working at the pub, I have run across a lot of discussion about the merits of step vs. infusion mashing. Dr. Lewis at UC-Davis, long a proponent of single infusion, now seems to believe that the advantage of step mashing is that it allows one to get a higher extract yield without resorting to high mash temperatures (such as 158 °F [70 °C]). Such high temperatures give the best yield in single-infusion mashing but have the undesirable side effect of producing a wort high in unfermentable carbohydrates.

Other research suggests that mash thickness is a critical parameter. Most infusion mashes (single or step) are run pretty thin, which is appropriate for starch conversion. For protein conversion, however, the mash must be stiff. George Fix has suggested that what he calls a “homebrew mash” — running the protein rest thick, then infusing with boiling water to raise the temperature to starch conversion range. This may be the ideal method because it creates optimum conditions for both sets of enzymes (proteases and amylases).

Now, back to your specific questions: First, two-row malt is preferred for single-infusion mashes because it is lower in protein than six-row malt and generally causes fewer problems with colloidal (haze) stability. Two-row malt is also lower in enzymes (hence the preference for six-row when using adjuncts).

We use domestic two-row malt as the basis for all our recipes. This choice is based on a number of factors, including cost and suitability to our brewing system.

Does it work? Well, our beers are good. I think that we might be able to get more colloidal stability by using the European pale malts, or, alternatively, by using a step mash process. I have done a few batches with imported pale malts, but not enough to draw any definite conclusions about how much difference they would make. Step mashing is impossible with our mash/lauter tun. But stability is not that critical for a brewpub. The beer is always drunk quickly, and it is not subjected to cycles of warming and cooling. It is pretty hazy coming out of the unitank, but Celite 512 covers a multitude of sins.

One other advantage sometimes touted for step mashing is that it increases the amino acid content of the wort. Although this is true, in practice beers made from all-malt grists will always have plenty of amino acids for the yeast to use, if one is using modern, fully modified malt.

I guess I’ve answered your question about the advantages of step mashing. Disadvantages? Lower foam stability, primarily. Possibly less body, if the rest goes on too long. Other than that, time and trouble — and money, in a commercial operation. Again, the lower foam stability is most obvious in beers of low gravity or in those brewed with a high proportion of corn or rice.

Step-mashing is certainly preferable for six-row malts, because of their high protein content. Nonetheless, I have a sneaking suspicion that you could probably do without it, at least in a brewpub or home brewing situation.

The more important question is, why use six-row malt? Its only advantages are price and enzymes. Price is not that big an issue for small-scale brewers; six-row malt costs only a few cents a pound less than two-row, which is not that significant for us. Its enzyme content is not that much higher than domestic two-row. Although you may run into trouble if you try to convert 30% adjuncts with British pale ale malt, Harrington or Klages pale two-row will work fine.

As far as mashing German and Belgian malts, I can tell you from firsthand experience that Belgian malts definitely do not require step mashing. Also, a growing number of German breweries are using single-infusion mashing to produce their pale lagers, mostly because single infusion is the quickest mash method and has the lowest energy costs. Even in Germany, money talks. Again, the uniform modification of modern malt is what makes this feasible.

As far as I can see, the big issue these days is not step vs. single-infusion mashing. It is infusion vs. decoction. Although it is possible to brew the majority of beer styles successfully using an infusion mash, there are some styles for which decoction is preferable. Examples include German wheat beers and dark German lager styles including bocks, dunkels, and Märzen beers.

Reasons for the advantage all center on the boiling of the mash, which liberates undermodified starches (this helps a lot with wheat malt) and extracts more of the flavor and color from dark malts such as Munich and caramel malts. Although I have been able to brew good Märzen and Doppelbock at my brewery, the beers lack the utter smoothness of the best German examples. I believe that the reason is that, in order to get the color, flavor, and aroma of the style, I have to use relatively high proportions of dark grains such as Munich, Aromatic, and dark caramel. Using a decoction mash, I would be able to get the characteristics I want with lower proportions, and avoid the roughness these grains can impart. It also seems to be the case that, given a similar grist, decoction will usually give a smoother finish than infusion mashing. This seems counterintuitive — you would think that boiling the mash would extract more tannins and rough, sharp flavors from the husks — but the opposite appears to be the case.

I welcome comments on this issue from brewers with more decoction experience than I have.