The Life of a Yeast Cell

The Secret Reproductive Life of Yeast 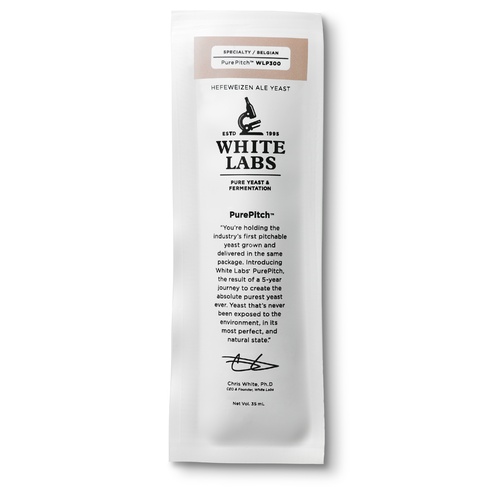 To better understand the importance of wort aeration, let’s look at what happens to yeast in the early stages of fermentation.

Aerobic stage: Lag phase. Once the yeast have been pitched into a new environment — your freshly brewed and cooled wort — they start to acclimatize themselves by adjusting to the new environment’s temperatute, specific gravity, pH, wort composition, and level of dissolved oxygen. This is usually called the lag phase. The yeast begin to use their glycogen reserves (energy stores similar to our fat cells) to provide energy so they can synthesize enzymes and a permeable cell membrane. Oxygen is a necessary component of these processes. The cell membrane controls the passage of nutrients from the wort into the cell and assists in cell wall construction.

Sterols are important during the development of the cell membrane and other cell components. This cell development will play a vital role in the yeast’s ability to metabolize wort sugars into alcohol and carbon dioxide without contributing off-flavors or off-odors. The creation of sterols requires molecular oxygen as well as a variety of fatty acids, triglycerides, and lipids.

A strong cell membrane enhances the yeast’s alcohol tolerance, which is especially important when the specific gravity of the wort is over 1.060 or so. Higher gravity worts increase the osmotic pressure on the cell wall and membrane, which is potentially hazardous to the health and viability of the yeast. If the yeast have not been raised in a similar gravity wort, they have a tough time getting themselves into an equilibrium with the surrounding solution once they are transferred. The gravity inside the cell is different from that outside, and the cell wall and membrane have to allow a slow diffusion to reach a stable condition. If the cell wall and membrane are weakened due to a lack of oxygen during the critical development stage, the yeast will rupture and die. It is also harder to get the desired level of dissolved oxygen in higher gravity worts because the higher the specific gravity, the lower the wort’s oxygen saturation limit. That is why those “big” beers require more diligent aeration practices and the pitching of large, healthy yeast starters.

Some off-flavors and off-odors — especially banana, solvent, or fruity odors and tastes — are caused by esters, and esters can result from oxygen deprivation during this early fermentation phase. Esters are desirable in some styles (Trappist-style ales, for example), but are considered a serious flaw in many others. Ester levels in the styles that require them can be more easily controlled by increasing the fermentation temperature or by selecting a yeast strain known for higher ester production. One method of increasing ester levels that is not appropriate is depriving yeast of oxygen in the initial aerobic stage of fermentation.

Logarithmic phase. The next phase is called the logarithmic, or log phase. This phase of explosive growth results from the ability of healthy yeast to “bud” — a form of asexual reproduction. Budding produces a birth-scarred mother cell and a scar-free daughter cell. This reproductive process continues through successive generations, resulting in an exponential increase in the yeast population.

Healthy yeast cells can survive many birth scars, so “mother” cells can produce more than one daughter cell, and these daughters in turn produce their own daughter cells. Yeast that have weak cell walls from lack of oxygen during their developmental stages cannot survive the necessary repetitive budding that produces a yeast population that is able to ferment the wort cleanly and quickly. Yeast can also reproduce during the fermentation or anaerobic stage, but they reproduce much more intensively in the presence of oxygen because of the added energy stores available for their metabolic needs.

Anaerobic stage: When the available oxygen in the wort is used up, yeast start producing carbon dioxide and alcohol. This phase is called the anaerobic stage. At this point, it is important to minimize or, ideally, eliminate the introduction of oxygen.

Introducing oxygen after the yeast enter the anaerobic phase can result in increased levels of diacetyl — with its characteristic buttery flavors — and may even cause the Pasteur effect, in which the yeast return to the aerobic phase, causing a cessation of alcohol production and an increase in undesirable off flavors. (Note: Late aeration can actually result in lower ester levels in the finished beer. The negative effects of late aeration, however, clearly outweigh any potential advantage here.)