The Juice of the Barley - A Distiller's Manifesto 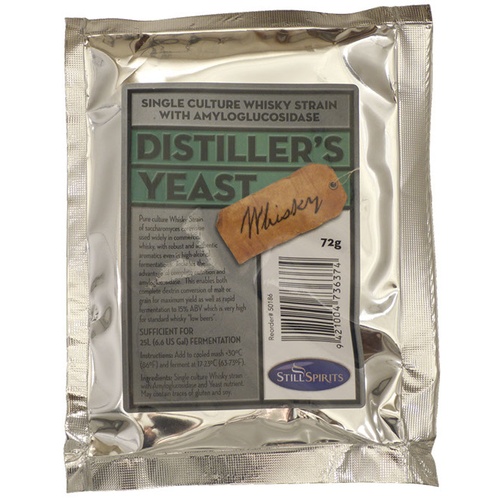 Making whiskey from barley malt is merely a modern twist on the centuries-old art of brewing and deserves to gain its rightful place in present society.

Click here to browse sopme of our best selling ingredients and equipment for distilling at home!


When I handed him the glass, I was unsure if I was being a bit presumptuous. The scene was a recent brewer’s convention, complete with a swirl of hundreds of beer enthusiasts sampling brews from throughout the United States. But the glass I gave Michael Jackson to taste was neither a homebrew nor a craft beer but something altogether different: a dram of home-distilled whiskey.

Jackson, the noted author of a definitive book on Scotch whiskey, took an analytical sniff, then tasted it without the slightest hesitation. He pronounced it good and asked a question or two about how it had been aged, noting its oak-derived aroma. I was as happy to provide what details I could on the whiskey as I would have been had he praised a homebrewed IPA or Imperial Stout. And why not? This was my own “single malt” stuff, just as carefully crafted as a good beer would have been.

I’ve always felt a kinship between brewing and distilling. In the case of malt whiskey, the ingredients (minus the hops) are virtually the same. Distilling simply adds one more step to the post-fermentation process.

In fact, the making of whiskey from barley malt is a modern twist on the centuries-old art of brewing and an equally inseparable element of civilization. The enjoyment of distilled spirits, long celebrated romantically in verse and song, is an important human tradition. From such diverse countries as Poland and Mexico, the making of spirits has been considered as much a part of the agricultural household as the growing of the grain or fruits from which they are derived. It follows, then, that in many agricultural countries (France, for example, where wine itself is considered an agricultural product), noncommercial distilling is perfectly legal. One very significant exception is the United States.

In my home state of Washington, distillation of spirits is lawful only for scientific and commercial purposes; even then it requires many licenses. Household distilling, including the possession of “any mash capable of being distilled into spirituous liquor,” is unlawful and considered a “gross misdemeanor;” lawbreakers are subject to a minimum fine of $ 500 and six months in jail. To my knowledge, this law is similar to those in other states.

The production of spirits, however, is a long tradition in the United States. Immigrants arriving here from Europe brought with them a desire to duplicate their culture and its cuisine in the new land. Italian families began growing grapes to make wine. The Pilgrims, forced to choose Plymouth as a landing site because they were running out of beer (this story is well-documented), likewise sought to make their own ale. It was not long before the colonists became interested in brandwijn — “burnt wine,” introduced to the English market by the Dutch. Americans, with their penchant for innovation, invented applejack and sour-mash corn whiskey. Aided by the folly of Prohibition, sour-mash (commonly known as moonshine) became a significant cottage industry, especially in the South. The romantic notion of the “still in the hills,” hidden from the prying eyes of the “revenuers,” has become a permanent part of American folklore.

But the legacy of illegal distilling, like its home-brewing counterpart, has a dark side as well. A lack of proper equipment, supplies, and information about the process created a fog of ignorance that persists today. Just as much of the “bathtub beer” created during the era was of poor quality, the same was true of the whiskey. Combine this lack of quality with stories of stills blowing up and people going blind from drinking their creations and you have a good handle on the current perception of home distilling.

I’d like to suggest that it’s time for a change: Household distilling should be legalized. There is no compelling reason why citizens of the United States should be denied the right to make their own whiskey, brandy, grappa, or eau de vie for their own consumption. Bringing the process out of its clandestine closet and allowing the free exchange of information could minimize the kind of trial-and-error learning process that “still” goes on. Rather than creating slaves of “demon rum,” giving brewers the legal right to distill would allow the production of better home-brewed spirits and would probably also increase the demand for finer commercial varieties as well, just as better-quality home brewing has led to more grass-roots support of the world’s great brews.

So here’s to home distilling and the end of pot-still prohibition. Write your Representative or President Clinton, who enjoyed a tiny barrel of specialty brandy produced in California for his inauguration. Let’s learn to extract the “juice of the barley.” Distill free or die!