Blending and the Art of Salvage 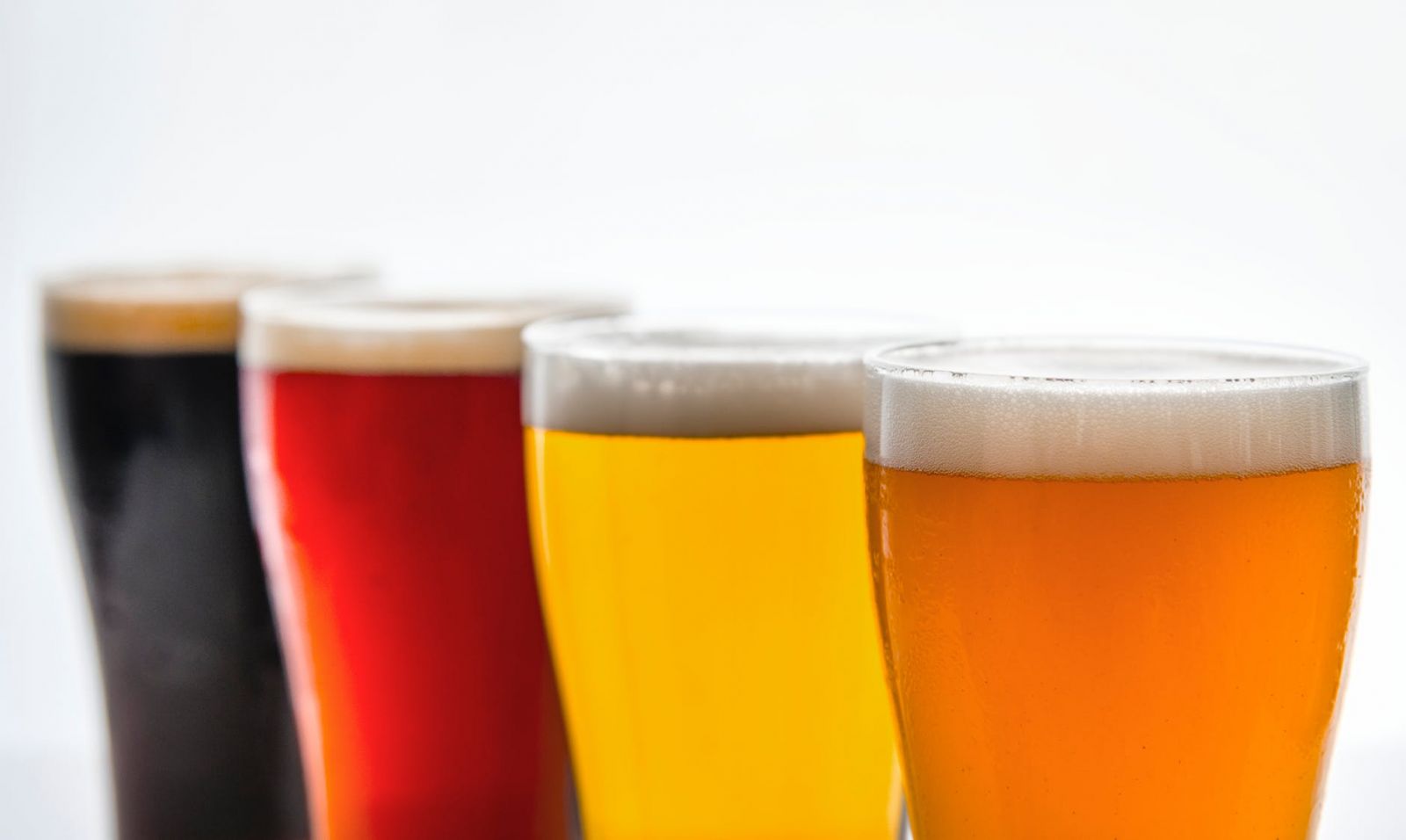 What to do with that unfortunate mistake of a recipe? Design another beer that is out of balance in an opposite and complementary way.
It invariably happens, even to the best of us. The beer that should have been so good ends up out of balance and undrinkable. Not being the type to accept less-than-perfect products graciously, I decided to take a page from the Belgian book of brewing.
Belgian brewers have long used the practice of blending to even out inconsistent, wild fermentations. By combining complementary flavor attributes, they improve the quality of the final beer. I took this practice a step further. Blending, I discovered, is an excellent way to turn abomination into adoration.
This article is about saving a mistake that resulted from errant recipe formulation. It must be stressed that this method will work only if the problem beer is clean. No amount of blending will mask a major defect whose origin is insufficient sanitization. This article is about blending complimentary flavors, not hiding foul fermentations.

I started, coincidentally, attempting a Belgian brown ale. My intent was to emulate the raspberry Liefman’s brown ale, Frambozenbier. I did my research and developed what I thought would be a reasonable homebrewed version. I was unable to grow an actual Liefman’s culture and settled instead for an “American” example. At the time, I was brewing partial mash–extract recipes (I still do from time to time).
My recipe seemed like it would give me the beer I was after. The crystal malt and the Danish extract would combine to add a rich amber color and rounded sweetness to balance the fruit acidity. The wheat and dextrin malts would add body and head retention. I had found a statistic for the quantity of fresh raspberries in a typical lambic — 10.5 lb of raspberries/5 gal of beer. I was determined to reach a level of berry nirvana found in the best Belgian ales.
I mashed the grains with a basic step mash, modified slightly to suit my system. I added the extracts and boiled for 1 h, with two hop additions. I chose to emulate the Belgian brewers and added the berries after the primary fermentation, causing a strong second fermentation. I did this mainly for tradition’s sake; I am unaware of any real benefits of this practice.
I monitored the progress of the fermentation and made evaluations, tasting the occasional gravity readings. Despite a moderate final gravity of 1.014, the resulting beer was excessively acidic. The berry flavor was strong and clean, but the acidity was overwhelming.
I have discovered after repeated experimentation that acidity and bitterness do not mix. I prove this to myself with nearly every fruit beer I make or judge. In this case, the fruit acids were exaggerated by the hop bitterness. When using fruit, it is wise to cut way back on the amount of hops used (you need to cut back more than you think).
After five months of cool conditioning in a glass carboy, I came to the conclusion that the raspberry brown ale was undrinkable. It was clean and fruity, but out of balance. Then I hit upon an idea. Rather than flush this (expensive) effort, why not save it?

My theory of blending to save a beer gone awry is based on the interaction of complementary flavors. The reasoning is simple: if one beer is out of balance in one way, blend it with another beer that is out of balance in a complementary way.
Because I had not yet bottled the raspberry brown ale, I decided to try out the salvage-by-blending theory. I brewed two new beers and blended each with portions of the raspberry brown ale. The two new beers were to balance the tartness problem of the original.
The first wort was designed to yield a raspberry Weizenbock (see box below). I fermented 2¼ gal of finished wort for 18 days, then blended the resulting beer with a portion of the raspberry brown ale to reach a final volume of 5 gal. The blend conditioned in glass at cool temperatures for another 14 days. I bottled it at a final gravity of 1.024.
The 2¼ gal of wort at 1.083, blended with 2¾ gal of the original raspberry brown ale (starting gravity of 1.070) in effect gives the equivalent of a wort with an original gravity of 1.076 — definitely up to bock standards.
Notice that the 2¼ gal of blending wort was purposely lightly hopped. The grains were decoction-mashed with a high conversion temperature (158 °F/70 °C) to yield a dextrinous, malty wort. By itself, the beer resulting from this recipe would have been exceedingly rich, sweet, and full-bodied.
The resulting beer was wonderful! Rich and smooth with good body and a fantastic raspberry aroma. The flavors blended very well, the sweet malt perfectly balancing the fruity acids. The hopping rate, too, was right on, leaving little discernable hop bitterness and flavor. The hops were there, but definitely in the background, as they should be for the style.
The second wort was intended to deliver a raspberry porter (see box, above). I fermented 3¼ gal of finished wort for 17 days, then blended with 1¾ gal of raspberry brown ale. I bottled ½ gal of the original raspberry straight. The blend conditioned in glass at cool temperatures for another 12 days.
The 3¼ gal of wort at 1.063, blended with the 1¾ gal of raspberry brown ale (1.070) would yield the equivalent of 1.065 — definitely high for a porter (by today’s standards), but this recipe had to do double duty. Not only did this beer have to balance the acidity of the fruit, it also had to offset the sharp, coffee-like acids found in abundance in the dark malts. I kept the hopping rate low and again sought to achieve a dextrinous, sweetish mash. I used my modified step mash, resting at 156 °F (69 °C) for starch conversion.
The resulting blended porter was very nice. The black malts contributed a rich, roasty depth that beautifully complemented the fresh, raspberry flavors. The malty, underhopped sweetness was essential to successfully balancing the tartness of the brown ale.

4 lb English pale
1 lb 80 °L crystal
½ lb flaked barley
6 oz British chocolate malt
2 oz British black patent malt
¾ tsp plain salt  modified step mash
2 lb Laaglander Light dry malt extract
¼ oz Nugget (13.0 α) — boil 45 min
1 tsp Irish moss
Wyeast #1084 ale yeast
½ cup Light molasses, unsulfured, to prime
make beer, primary fermentation 17 days
blend 1¾ gal raspberry brown ale condition in 5-gal carboy for 12 days before bottling
O.G. 1.063   F.G. 1.018
Being naturally curious and always open to experimentation, I took advantage of the opportunity to test my theory further. I didn’t have to make 5 gal of each of the two new beers. In fact it was more difficult to do so, requiring me to brew two blending beers in one weekend. It was important that the two beers be blended simultaneously, so as not to expose the original beer to more oxygen than necessary. I could have easily made a single 10-gal blend. The point is that volumes were not the most important thing — preparing an appropriate blending beer was.

Blending gave me the answer I needed. You don’t necessarily have to settle for that disappointing brew. Monitoring your brew, catching an out-of-balance beer before bottling, and using the art of blending can produce a beer as fine as any other you can brew. Blending is an art. I know of no way to use equations, mathematics, or measures (other than those used every day in recipe formulation calculations). The secret lies in tasting, evaluating, and using a little imagination. Identify the problem, design a beer with a complementary “problem,” and blend the two beers into a harmonious whole.