The Bushwick Pilsners: A Look at Hoppier Days 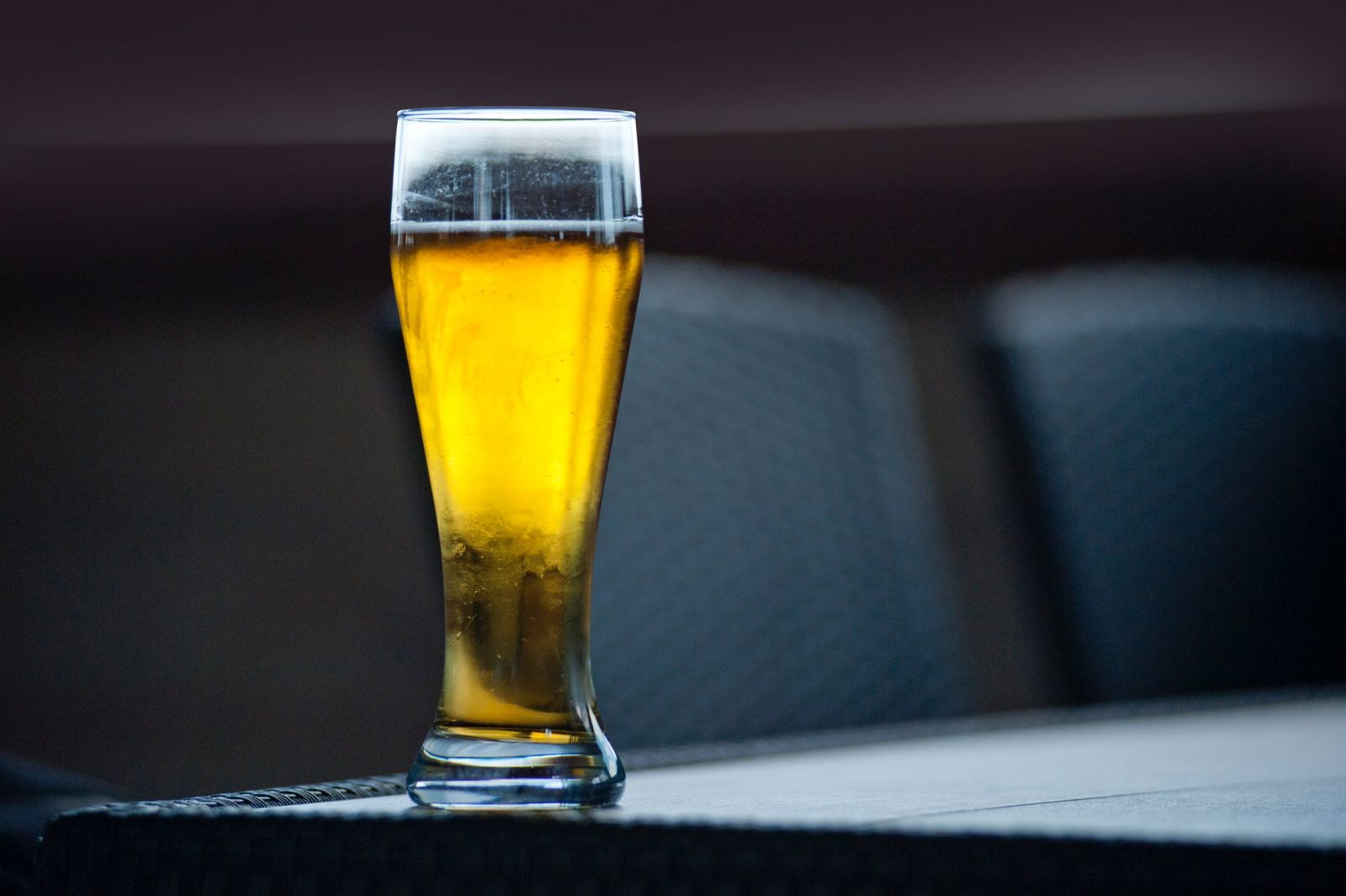 Though few remember it today, the Bushwick section of Brooklyn was one of America’s leading brewing centers through the 1950s and into the 1970s. Its pilsners were unique for more reasons than just their highly hopped character. A close look at these die-hard pre-Prohibition beers reveals a colorful history.

One of the brewing centers that produced notable pre-Prohibition–style beers during the first half of the twentieth century was the Bushwick section of Brooklyn, New York. These post-Prohibition Bushwick breweries included Trommer’s, F&M Schaefer, Piels, Liebman, Ehrets, Goldenrod, Old Dutch, Charles Schafer, and Schlitz. The pilsners produced by these breweries are worthy of attention by home, pub, and microbreweries because of their distinctive style and their historic place in American brewing.

Like the majority of American pilsner breweries then and now, Bushwick breweries produced their beer using adjuncts. The Trommer’s Brewery, which produced all-malt products, was the lone exception. Bushwick beers were slightly higher in gravity than the standard American pilsner, however, and were hopped more than their counterparts from the rest of the United States.

Until 1976, when the last brewery in Bushwick closed, brewing history in this section of Brooklyn spanned more than 130 years. At one point before Prohibition, 10% of all beer produced in the United States originated in Brooklyn, and the majority of this came from Bushwick.
Two reasons explain the establishment of breweries in this area: soft water and the large German immigrant population in the middle of the nineteenth century. Well water was used in Brooklyn until the 1850s, with dubious results. The wells were also sources of epidemics such as cholera. Beginning in 1859, lake water from Long Island was gravity-fed into Brooklyn, providing not only safe drinking water but extremely soft brewing water. When Germans began to settle into Bushwick and nearby Ridgewood, breweries began to thrive.

Before Prohibition, 70 breweries were in operation in the boroughs of New York City. Prohibition forced many out of business while some hung on by producing “cereal beers” or “cereal beverages,” contemporary terms for “near beer.” The Volstead Act allowed the brewing of beer as long as the alcohol content was kept to <0.5% (w/w). Notable among the cereal beers of the era was the Trommer’s line of White Label beers, which included a light, dark, and “Octoberbrew,” the only Octoberfest-style beer ever brewed in Brooklyn. Other breweries survived by diversifying their product offerings, including malt extract for home brewers.
After the repeal of the Volstead Act in 1933, only 23 breweries remained, about a dozen of which were in Bushwick. Some of the smaller breweries such as Old Dutch produced only 200,000 bbl annually, while Schaefer, Piels, and Liebman brewed over 1 million bbl each; Trommer’s also produced over 1 million bbl, though a significant portion of it was produced at its Orange, New Jersey, brewery. By 1971, Schaefer was the fifth largest brand in the United States, and Liebman had entered the top 10 producers in the country.
The decline of breweries in Bushwick follows a pattern of plant consolidation among large breweries, the emergence of national brands in areas where regional beer once dominated, and the debut of the “superbrewery,” which would brew for an entire section of the country, displacing the smaller regional breweries (for example, Schaefer superbrewery in Lehigh Valley, Pennsylvania). Also, New York had its own indigenous problems. Labor, bizarre City of New York taxes (taxing of billboards, brewing machinery, and ingredients), and little room for expansion next to existing plants were all factors that caused Bushwick breweries to relocate or close.
Many of the larger breweries in Bushwick were renown for their unique products. Trommer’s was one of the few breweries in America to produce all-malt beers and ales. The founder, John Trommer, was apparently a disciple of Gabriel Sedlmayer of the Spaten Brewery in Munich, Germany, and allegedly the recipes were similar to those used at Spaten. Although total production from two plants was 1 million bbl, the beer strike of 1949 not only hurt sales but killed the original yeast strain when strikers locked out the management workers who cared for the cultures. A new yeast strain was introduced, but many loyal drinkers were dissatisfied with the product. Trommer’s closed its doors in 1951, though it continued to be contract-brewed by Piels through the mid-1950s.
The Liebman Brewery hosted a catalogue of beers including Rheingold Extra Dry, Bock, Pale Bock, Scotch Ale, Cream Ale, and, under contract from Germany, Wuerzberger Dark. Rheingold was known as the official beer of the New York Mets and was also famous for its "Miss Rheingold" contests. Liebman Brewing also introduced a light beer in 1967. Called Gablingers, it had one-third the calories of normal products, but the clientele of the period chose not to buy it. Liebman sold the recipe to Miller, and that beer is now known as the successful Miller Lite.
The most civic minded of the Bushwick Brewers was F&M Schaefer. In addition to being the beer of the Brooklyn Dodgers, Schaefer sponsored exhibits at both New York World’s Fairs and hosted dancing tents at Jones Beach Theater. At the 2.5 million–bbl plant in Brooklyn it produced its pilsner, bock, and Beverwyck’s Irish Cream Ale. Schaefer was also the last brewery to close in Brooklyn in 1976.
Another of the larger breweries was Piels. Their catalogue of beers included Piels Real Draft, Draft Ale, and a special Christmas beer brewed for employees and friends of the company. New Yorkers fondly remember the television cartoon characters of Bert and Harry Piel, whose voices were the comedy team of Bob and Ray. For more than 10 years (and intermittently thereafter), Bert and Harry stumbled and bumbled through commercials espousing the virtue of Piels.

With the exception of Trommer’s, all of the beers produced by Bushwick breweries used adjuncts. There is currently a feeling among home, pub, and microbrewers that the use of adjuncts borders on sacrilege. A judicious use of corn or rice in beer, however, will dry the palate and bring out hop flavor, precisely the qualities that New Yorkers desired in their beer. Further, brewers in the nineteenth century realized that the excess diastase in the barley that was used at the time would convert the starch from rice or corn into sugar. It can be said that the use of adjuncts is therefore an American tradition, just as British or Belgium brewers added sugars to their ales.
The barley that was used by all of these breweries was six-row. Trommer’s imported Banza malt from Canada. Others used the standard six-row malt of the period, which was derived from the Wisconsin #38 strain. These included Oderbrucker, Kindred, and Manchuria varieties.
Hop usage is what clearly set the Bushwick pilsners apart. Whereas most American pilsners were hopped in the 13– 17 IBU range, Bushwick pilsners were usually in the 20-25 IBU range and were as high as 29 IBUs in the late 1950s. Whereas the average American pilsner used 0.25 lb of hops/bbl, the average Bushwick pilsner used 0.40-0.45 lb hops/bbl. The hopping rate was a New York tradition, as the population desired full-bodied, hoppy beers. Except for Trommer’s, which imported Czech and German hops, most of the hops used in Bushwick were from the Yakima Valley in Washington and from the Russian River and Sacramento areas in California. Cluster was the predominant hop variety used, though current speculation holds that they had lower α-acid levels than Cluster hops today.
Keep in mind that with the exception of Trommer’s, all beers were adjunct-brewed with corn, and Piels with corn and rice. Notice also the starting gravities were in the 12 °P (1.049 OG) range. Today, these beers would be in the category of American premium. The apparent extraction or terminal gravity indicates a fair amount of dextrins, which translates into fuller body and mouthfeel in these beers. This is especially true when evaluating the 1958 Rheingold Extra Dry.
The yeast used in these beers varied. Trommer’s is said to have used a Spaten yeast strain, whereas Schaefer used the Wallerstein strain (the same yeast used today in Brooklyn Brewery’s Brooklyn Lager). All others used what can be described as the Christian Schmidt strain.

Home brewers often overlook the choice to brew adjunct beers from the notion that it is somehow a cut below an all-malt product. Not only is an adjunct pilsner of high quality, it is a challenge to produce properly. Haze and excessive protein levels often inhibit home brewers from making a lighter beer. Following the procedures outlined in the accompanying box, home brewers can repeatedly produce not only a fine golden beer, but a Bushwick pilsner.
The recipe in the box has been brewed on several occasions. When I have given a Bushwick pilsner to friends to sample, I have watched their reactions, one of familiarity — somewhere, they knew the flavor. The difference will be in the full body and mouthfeel, which is not associated with the current American premium pilsners. People in their sixties and older from the East Coast, however, will quickly recognize the Bushwick pilsner as the beer of their youth.

8 lb six-row malt (or 2-row)
1 lb flaked maize
½ lb Munich malt
¼ oz Cluster hops, boil 60 min
¼ oz Cluster hops, boil 45 min
1 oz Styrian Goldings, Saaz, or Hallertauer hops, boil 45 min
1 tsp Irish moss, for the last 10 min of the boil
To produce Trommer’s pilsner, substitute 1 lb of malt for the pound of flaked maize. All water in the brewing process is soft.
A protein rest is necessary during the mash. Dough in malt with maize at 120 °F (49 °C) for ½ h. The rest provides the clarity, body, lack of chill haze, and resistance to oxidation (8) that is extremely important in light-colored beers.
Saccharification of the mash will occur when the mash is held at 155 °F (68 °C) for 45 min. This temperature is chosen for the building of dextrins, which gives the final product the desired body and mouthfeel to accompany the hops. Mashout at 168 °F (76 °C) and sparge with 168 °F water.
Boil the hops as noted in the recipe. Remove the hops from the wort, and chill the wort to 62 °F (17 °C). At a final volume of 5 gal, the original gravity should be between 1.045 and 1.050.
Yeast selection for the home brewer may be limited, unless one can obtain the Wallerstein or Christian Schmidt strain. I suggest using Wyeast Munich. Ferment and lager according to traditional methods.
Fining or filtering the beer before bottling is essential for removal of proteins and achieving good clarity after secondary fermentation. If you decide to use finings, isinglass or Polyclar are excellent choices. Gelatin may also be used. If you decide to filter, I recommend a 0.4-µm filter from the output of a Cornelius keg.

Bushwick breweries and the pilsners that were made there are part of the American brewing heritage that may be rediscovered by beer enthusiasts. Good beer is not about all-malt products, but rather about adapting the beer to the tastes and preferences of the consumers within the brewery’s region, and the adaptation by brewers working with ingredients indigenous to the United States (corn, for example). We can conclude that just as Bushwick had its hoppy pilsners, other regions of this country had beers peculiar to them and are waiting for their story to be told.