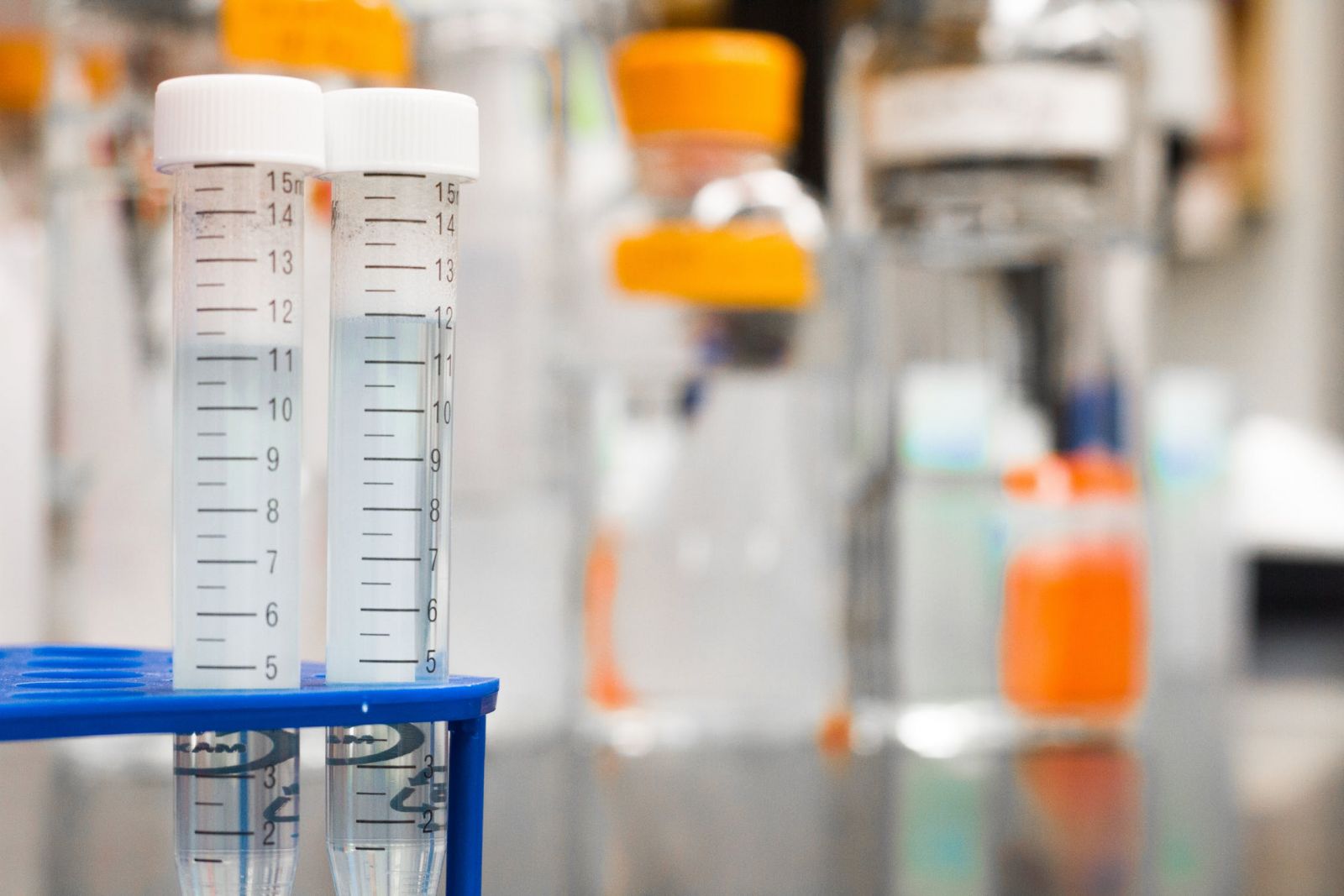 Giant yeast colony analysis is a sensitive method for differentiating various brewing yeast strains and can be used to identify those that are genetically unstable and have a tendency to mutate. Mutations in the yeast typically result in changes in the appearance of the colony.
Differentiation and identification of various strains of ale and lager brewing yeasts along with contaminating “wild yeasts” traditionally has been done using selective culturing methods based on fermentation tests with various carbohydrate, nitrogen, and vitamin sources in the media. Other differentiation tests use selective chemical inhibitors such as cycloheximide or copper sulfate.
Recently, microbiologists have used molecular genetic tests such as DNA hybridization and restriction fragment length polymorphism (RFLP) analysis, commonly known as DNA fingerprinting. These methods require radioisotopes and specialized laboratory equipment. DNA hybridization is a useful tool for quantitative determination of a yeast’s genetic relatedness at the species level, but it is unsuitable for differentiating closely related strains of a yeast species. RFLP analysis is a sensitive tool for identifying and differentiating closely related strains of yeasts, but it is technically difficult to perform and requires considerable experience to do successfully without producing confusing results. Giant yeast colony analysis, which was developed by Hall and extended by Richards, may be performed in a brewing microbiology laboratory without special equipment. This method can be used to identify yeast strains (and thereby detect contaminating “wild” yeasts) and estimate the mutational stability of the strain.

Special wort-gelatin culture petri plates can be prepared using the following method: Dissolve light dried (unhopped) malt extract in distilled water to a specific gravity of 1.050 and adjust the pH, if necessary, to 5.5. Add bacteriological-grade yeast extract (1% [w/v]), and boil 1 L of the medium in a 2-L Erlenmeyer flask for about 5 min. Next, quickly cool the flask of medium in cold water to 30 °C, and refrigerate overnight at 4 °C to allow the precipitate to settle out. Transfer the clear supernatant to another 2-L flask and add gelatin (10-12% [w/v]), and boil the liquid for 5 min to dissolve the gelatin. Cover the flask mouth with a piece of aluminum foil to prevent microbial contamination until the contents have been poured into the petri plates. When the medium has cooled to about 35 °C, pour 250-mL volumes into mycology-type 15 cm X 2.5 cm petri dishes. Cool the petri dishes to <20 °C to solidify the medium.
Mix a sample of fermenting beer, or yeast taken from a stock slant and cultured overnight in 10 mL of sterile wort (SG 1.020), with a viability stain such as methylene blue, and count the number of active yeast cells using a hemacytometer and a microscope. Dilute the sample into wort of specific gravity 1.020 to a concentration of 80 viable yeast cells/mL. Using a small pipette, place 25-µL drops in 5 spots on the petri plate so that they are spaced equidistant from each other and from the edge of the plate; the drops should be arranged as the corners of a pentagon. Incubate the petri plates at 15-18 °C, without inverting them, for 3–4 weeks to develop giant colonies. After about 3 weeks of incubation, the colonies may be examined and their morphological appearance compared.

A rich medium promotes the maximum growth of giant colonies for differentiation, and light dried malt extract supplemented with yeast extract provides good growth. Do not use liquid malt extract, hopped wort, or wort collected from different mashed-grain worts because their variable nutrient composition and darker wort color can affect the growth and appearance of the giant colonies. It is preferable to use a single lot of a high-quality light dried malt extract for this analysis.
Mycology-type petri plates (2.5 cm deep) are required because standard 1.5-cm-deep bacteriology petri plates are too shallow to accommodate the deep layer of nutrient medium necessary to support the extended growth of giant colonies. Only a few colonies (5 maximum) may be grown on the 15-cm-diameter petri plates; growing more than 5 colonies on one plate will make them compete excessively for nutrients. Do not invert the plates; the soft wort gelatin must not fall onto the lids. If condensation forms on the lid of a petri plate, remove the lid and shake off the drops.
Do not boil the wort-gelatin media for longer than the recommended 5 min, and do not autoclave it; prolonged or excessive heating causes the gelatin to break down, resulting in too soft a gel. Gelatin is available in acid- or alkali-extracted form, with bloom ratings ranging from 60 to 300. I prefer to use acid-extracted pig skin gelatin with a bloom rating of 300. Use a gelatin of 10-12% (w/v) (adjust as needed) to achieve a gel that is harder than a gelatin dessert yet softer than standard agar media.
Gelatin promotes the differentiation of yeast strains. As the colony becomes large, some cell autolysis occurs, resulting in release of proteases, which partly digest the gelatin and affect colony appearance. A giant yeast colony on a gelatin-containing medium characteristically has a different appearance than the same strain grown on agar.
Incubation is best carried out at 15-18 °C for optimum colony differentiation; lower temperatures result in rather slow growth, and above 20 °C the gelatin tends to liquefy. Also, above 20 °C yeast cell metabolism is too high for the required nutrilites to diffuse into the giant colony rapidly enough, resulting in excessive cell autolysis and cell death.
Although the giant colony test can be very sensitive for differentiation of brewing yeast strains and detection of wild yeasts, it is difficult to correlate a colony’s appearance with specific brewing characteristics. Generally, giant colonies that are sculptured in appearance are produced by chain-forming yeasts, whereas flat, featureless giant colonies tend to be produced by powdery yeasts. Chain-forming yeasts typically flocculate rapidly and powdery yeasts tend to flocculate poorly during fermentation. Ale yeast strains tend to be more variable in colony appearance than lager strains. Hall found 11 colony types in 113 colonies isolated from one sample of pressed brewery yeast.
Mutations that result in minute metabolic changes or growth characteristics are reflected in a change in appearance in the giant colonies. The mutation rate of a yeast strain may be estimated by examining the giant colonies for wedge-shaped sectors that are different in appearance from the rest of the colony. Loss of maltotriose fermentation ability, respiratory deficiency, and change in flocculation ability are reflected in giant colony appearance. If 10 giant colonies are examined and 2 or fewer exhibit wedge-shaped sectors of different appearance, the yeast is relatively stable. If most of the colonies have one or more wedge-shaped sectors of different appearance, the yeast is relatively unstable.
Three weeks are generally adequate for good differentiation of yeast strains, and four weeks is the maximum time needed for growth. A record of the strain growth characteristics is best provided by photographing the colonies with a color slide film and a macro-lens SLR camera. The surface irregularities are best seen when the colony is illuminated by a beam of sunlight at an oblique angle rather than under diffuse light.

Giant yeast colony analysis is a relatively inexpensive and sensitive method for yeast strain differentiation. The main drawback is the length of time (3 weeks) needed.