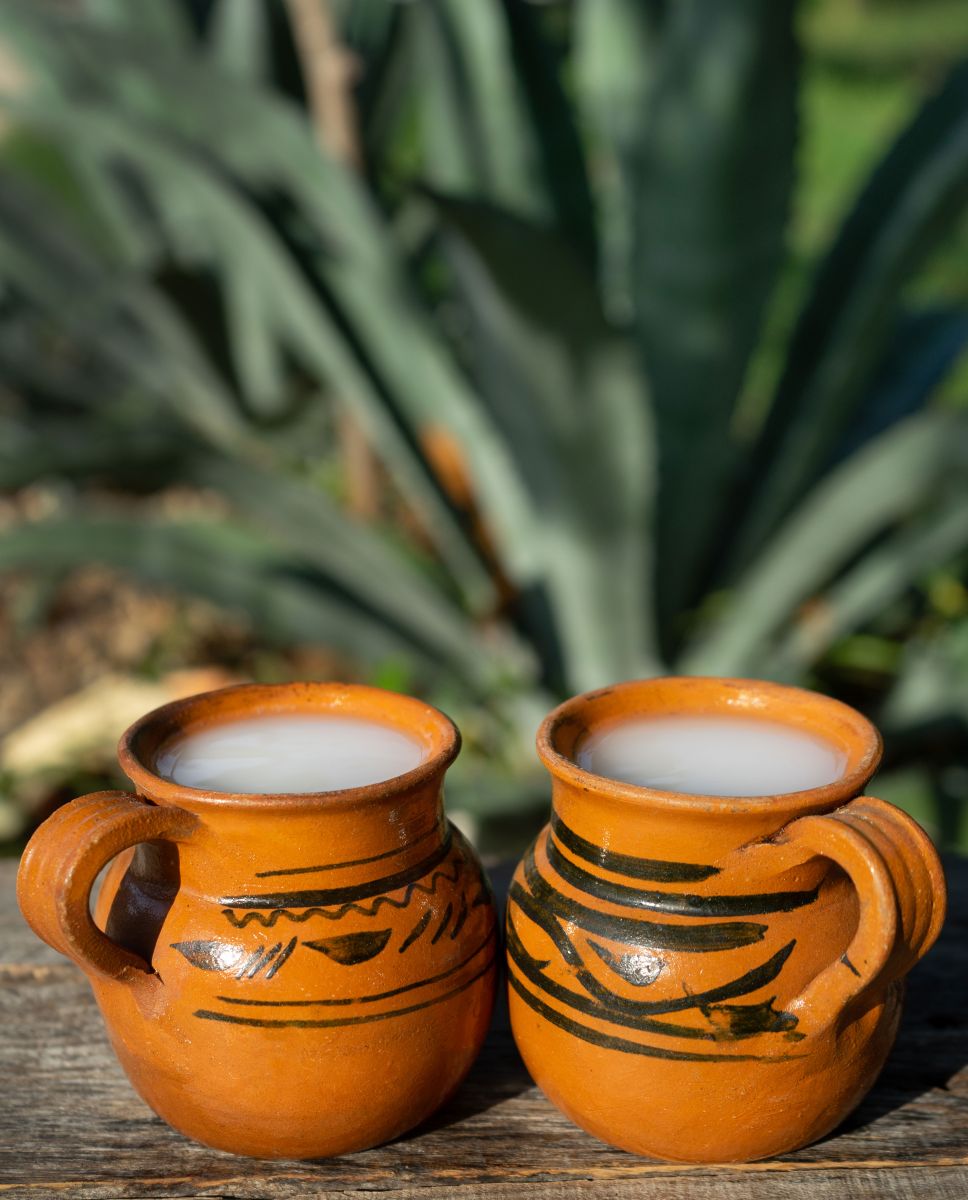 How To Make Pulque at Home

Pulque is a traditional fermented beverage native to Mexico made with the sap of the agave plant. This brew has more in common with beer than agave-based spirits such as mezcal or tequila. Learn more about the origins of this drink and how to brew and serve this refreshing beverage.

The History of Pulque

The legacy of fermenting agave sap, also known as aguamiel or honey water, goes back centuries. Indigenous Mexicans gathered sap in gourds and fermentation took place in open-topped wooden barrels. Spanish colonizers brought beer to the New World and dismissed pulque as an uncivilized beverage. The method of fermenting aguamiel was preserved in folk history and the drink has recently increased in popularity. Today, traditional preparations are served at establishments in Mexico called pulquerías.

How To Brew Pulque

Mature agave plants naturally produce sap for up to a year before the end of the plants’ lifespan. A single plant can release up to 150 gallons of aguamiel. Standard B grade or dark agave syrup is the easiest way to brew this beverage outside of Mexico. Here is a simple recipe for brewing a modern version of pulque:
• Four gallons of spring or filtered water
• One gallon of agave nectar
• One pack champagne yeast
Make a yeast starter one to two days before brewing. Champagne yeast has a clean, neutral flavor with medium-to-low flocculation, which means that this yeast variety takes longer to settle out of liquid. Champagne yeast attenuates about 75% of sugar, meaning that most of the sugar in the wort is converted into carbon dioxide and ethanol.
Prime yeast in a sterile jar or Erlenmeyer flask. Boil three cups of water in a pot, turn off the heat and add one-eighth teaspoon of yeast nutrient and three ounces of dry malt extract. Stir this mixture and boil for three to five minutes to dissolve ingredients. Pour the solution into the prepared jar or flask, cover the top with foil and immerse the jar or flask in an ice bath until the contents cool to 70 degrees Fahrenheit.
After ten to fifteen minutes, the solution should have dropped to a safe temperature. Add the champagne yeast and cover the vessel with a sanitized stopper. Fermentation should begin in about 12 hours and the starter should be ready to use in one to two days.
Start the pulque brewing process by boiling four gallons of water. Remove the brew pot from heat and add agave syrup, stirring well. Some brewers add flavoring elements, such as one-half ounce of crushed coriander seeds, at this point. Boil the mixture again for twenty minutes, stirring occasionally.
Sanitize the fermentation vessel before pouring in the agave wort. Do not pitch in the yeast until the wort has cooled to 60 to 75 degrees Fahrenheit. This beverage ferments in a few weeks. Test the batch for carbonation and remaining sweetness after two weeks and wait up to one more week before racking.

How To Serve Pulque

This beverage can be served from a pitcher or bottled. If you prefer to bottle drinks, it is advisable to wait until the fermentation process is complete or pasteurize the beverage. The remaining complex sugars can increase pressure levels until containers burst. Chill the finished brew or serve over ice accompanied with slices of lime. This beverage is also used as a mixer in tequila or mezcal cocktails.
Pulque contains about 5% to 7% ABV. While this recipe with commercial agave syrup differs from the traditional preparation with fresh aguamiel, it is a more authentic approach than imported canned or bottled beverages that have been pasteurized. Savor the refreshing fizz and flavor of this traditional beer-like beverage.