How Kveik Became the Hottest Strain of Beer Yeast 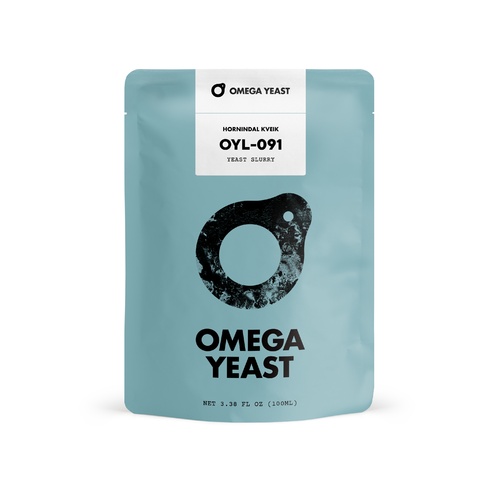 Ancient Norwegian yeast cultures known as "kveik" have been used to produce Farmhouse beer in the Nordic land for generations, and are now being cultivated and produced in America in liquid yeast form. These isolated strains are taking the brewing world by storm.

No Temperature Control, No Problem

While most strains of yeast struggle to perform reliably during extreme temperature changes, kveik does not. Perfect for pitching in a fermenter without temperature control, and especially during the summer when it's usually very difficult to ferment properly, this yeast will ferment rapidly and perform ideally in temperatures from 68 degrees to 100 degrees farenheit.

The Magic of Yeast Propagation

Before the technology and infrastructure existed to separate and safeguard unadulterated yeast strains, families and neighbors would share, reuse, and pass down the “house” yeast crucial to making their beer for generations. The innovation of yeast propagation in modern brewing allows homebrewers and professional brewers from all over the world to use some of the most obscure and historical strains of yeast. This article focuses on the unique origins and qualities of these special strains of Norwegian farmhouse yeast.
Click here to browse our selection of Kveik from Omega Yeast!

Why Saying “Kveik Yeast” is Redundant

Kveik is sometimes incorrectly referred to as a style of beer, but it actually refers to the type of yeast used in traditional Norwegian farmhouse beer. Pronounced “ka-wike,” kveik literally translates to “yeast” in the Nordic dialect where it has its origins. For generations, Norwegian brewers found unique ways to store their yeast in order to preserve it and reuse it. This included letting thick lumps of yeast, usually containing multiple strains, dry onto whatever items were found nearby, such as wooden paddles, logs, or rings, and even on cloth and clothing. These items were crucial to their brewing process, as they were the holders of the special kveik that made Norwegian beer what it’s been since ancient times. By simply dipping them into the wort, the kveik would rehydrate and come back to life to ferment, and once the beer was finished, the process of drying the remaining yeast would be repeated.

It's Getting Hot in Here

On his blog Larsblog, farmhouse-beer historian Lars Garshol has discussed some of the most astonishing characteristics he’s encountered from kveik, which among these are its high heat tolerance. Kveik strains can produce beer with clean, farmhouse-qualities whether fermented at 68 degrees fahrenheit or 100 degrees fahrenheit, and usually finish after a day or two when fermented that hot. In addition, kveik is notorious for taking off quickly, and once done fermenting, will fall out of suspension and flocculate more than most common strains. These distinctive traits have encouraged brewers to begin working with kveik to produce commercial beers that blend Norwegian farmhouse profiles with familiar beer styles, like the West Coast IPA. Here are some examples of beers made with kveik:

The next time you brew your favorite beer style, skip the yeast you typically use and spring for kveik to discover the incredible flavors created by the Norwegian strain. MoreBeer has everything you need for your next brew day. Visit one of our California retail stores, or give us a call at 1-800-600-0033 today.