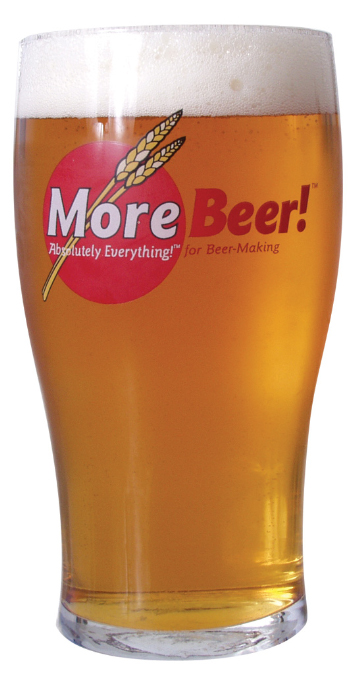 The previous installment, IPA and Empire, reviewed the invention of India Pale Ale and its early development as a style. In this issue, we discuss the resurgence of interest in traditional India Pale Ales, both in the United States and in England, and review considerations for brewing this important style. Interested in brewing your own IPA at home? Browse our selection of IPA beer kits!

The Personality of India Pale Ale

Most beer writers treat India Pale Ale (IPA) as a subgroup of beers within the pale ale category. Michael Jackson, for example, refers to IPA as a “super-premium pale ale”. He also writes that, in England, “… the designation is used carelessly.” Christopher Finch’s wonderful book does not even mention India Pale Ale, but includes examples of the style that fall within the scope of what he considers to be pale ales. I argue, however, that a clear-cut distinction between pale ale and India Pale Ale is important. (For details of IPA’s historical development, see Part I.)
Given the historical context in which IPA originated, few would argue the fact that high hop bitterness, high hop aroma, and high alcohol content characterize the style. Recommended original gravities include 1.050-1.060, 1.050– 1.055, and 1.048-1.062. All sources call for high attenuation, with finishing gravities between 1.004 and 1.016. Although this broad range suggests that the term “high alcohol content” seems to be a relative one, historical considerations warrant higher gravities.
As far as bitterness goes, everyone recommends IBUs in the 40-60 range. In addition, almost every source recommends medium to high hop aroma.
Although most sources agree on high alcohol content, bitterness, and aroma, some disagree about color and hop flavor profile. Some interpretations call for a very pale, almost golden, ale, while others call for more color — as dark as deep amber or copper. If one considers only the recipes used for traditional IPAs without considering the brewing process of that time, a pale color would seem to be indicated. The recipes called for two-row malted barley and various amounts of sugar. If brewed in stainless steel, these recipes would yield very pale beers. The brewers of the 19th century, however, used copper kettles that catalyzed browning reactions. Therefore we can safely conclude that IPAs were amber- to copper-colored ales, not pale or golden ales.
In terms of hop flavor profile, some sources call for boiling and aroma hops, others call for boiling, flavor, and aroma hops. The former represent the traditional hopping schedules that call for boiling two-thirds of the hops for 90– 120 min and using the rest for aroma. The sources calling for a more rounded hop profile describe the more contemporary interpretations (see below).
In addition to high alcohol content, high hop bitterness, and aroma, the historical context of the style’s invention calls for several other characteristics. IPAs were brewed with hard water, so the flavor profile should reflect high mineral content, which may be accomplished with hard water and a crisp hop bitterness. The three to four months’ travel time from brewery to India also suggests a mature profile. In addition, recipes indicate fairly low mashing temperatures, suggesting lower bodied beers. The singular use of two-row and sugar probably yielded an ale with a thin head.

How do contemporary examples compare with the style descriptions? Unfortunately, quite a few breweries serve lowgravity beers under the name India Pale Ale. Other IPAs on the market lack the crisp bitterness characteristic of the style. I have heard brewers rationalize these variations by saying that hops of the last century had lower alpha values than today’s varieties and therefore the beer could not have been that bitter. With hopping rates of 5-6 lb/bbl boiled for 90-120 min, however, the beer will be bitter even if the hops were low in alpha acids.
In the United States, IPA turns up at most brewpubs and at quite a few microbreweries. One of the best beers in the United States is Anchor Liberty Ale. It won a silver medal in the India Pale Ale category at the 1993 Great American Beer Festival. No stranger to medals, this IPA from San Francisco consistently delivers an excellent example of the style. Another popular IPA, Grant’s IPA (Yakima, Washington) represents a slightly different interpretation. Whereas Liberty Ale offers a broad hop profile (high hop bitterness, flavor, and aroma) and rich malt flavor, Grant’s IPA is characterized by intense hop bitterness and hop aroma.
Fortunately for IPA lovers in the United States, small States-side breweries produce IPAs more true to style than do their English counterparts. In part this occurs because brewers in the United States became reacquainted with the style before the English renewed their interest in IPAs. The 20-year-old microbrewery and pub brewery revolution in this country has rapidly increased the number of excellent IPAs available to the consumer.
Initially, IPAs allowed brewers to satisfy the needs of a particular niche: Consumers wanted robust, hoppy ales, and brewers responded with beers like Anchor Liberty Ale (originally released as Our Special Ale in 1975) and Sierra Nevada Celebration Ale (released 1983). Grant’s IPA (first brewed in 1981) also addressed this need in the market. With the growth of micros and pubs, more and more of these hoppy beers appeared on the market. Today, India Pale Ales are one of the most featured styles across America. In addition to satisfying the palate of the consumer, the style may also satisfy a marketing need — the very name lends an air of tradition to any pub menu.

Over the past several decades, the English market has favored lower alcohol beers. The resulting low-gravity English IPAs tend to lack the strong bitterness and hop nose characteristic of the original IPAs and many of the IPAs brewed in the United States. The difference between American and British efforts will diminish, however, as interest in the style continues to increase in the UK.
Thanks to the efforts of the Campaign for Real Ale (St. Albans, Hertfordshire, UK) and people like Mark Dorber, cellarman for the White Horse on Parsons Green (London), England is in the midst an India Pale Ale revival. In 1990, Dorber organized a seminar on Burton Pale Ales, and from this seminar grew a plan to brew a traditional IPA like those of the mid-19th century. The project proceeded with encouragement and support from Bass. David Moore served as the coordinator for Bass, and Tom Dawson, a retired Bass brewer, consulted.
After reviewing the record books and the historical context, Dawson reformulated a recipe dating back to the 1850s. The brew was to be a piece of living history, “… brewed as an essay — an attempt to recreate the colour, flavour, and high condition of the 19th century Pale Ales that made Burton the preeminent brewing town in Britain and, for a time, the world”. The resulting brew, The White Horse India Pale Ale, is pale, sparkling, and intensely bitter. Its original gravity is 1.063 (7% alcohol). Roger Protz, noted beer writer and authority on classic English styles, described the beer as having a massive and pungent hop bitterness with a nose like a Kent hop field. The beer has a rich and fruity mouthfeel, with a finish dominated by Kent Goldings. Dorber reported that the ale is holding up well after five months in the cask. The ale has maintained strong bitterness, and the rich, fruity aromas have enhanced with age. Let us hope that the success of the White Horse IPA will encourage and further nourish the return of India Pale Ale.

India Pale Ale was a solution to a great beer problem. More than any other style, IPA’s character is defined by the function it served in history. We can identify trends in the current production of these fine ales. The trends indicate that interest in this classic style is on the upswing and that brewers want to present India Pale Ales with the important characters of high bitterness, high alcohol content and high hop aroma.
While a number of breweries produce excellent IPAs, many breweries still produce low-gravity, low-alpha pale ales and sell them under the name IPA. This is a shame given the current sophistication of the market. As a marketing plan, it could backfire. Consider that the usual logic behind such low-gravity, low-alpha beers is as follows, “My customers will not drink such strong and bitter beers.” If this is an unchanging truth (unlikely) then fine, brew a pale ale and be done with it. However, if you insist on serving a pale ale as an IPA your customers’ level of sophistication may surprise you. One day soon a customer may ask why you choose to call the low-gravity, low-alpha beer an IPA!
There are brewers who tell me that they will not brew a hoppy India Pale Ale, one that is strong in the tradition of the style. Again they cite customer concerns. My suggestion is always the same: Do not underestimate the tastes of your customers. Sure, the strong bitterness and high alcohol content are not for everyone, and some customers will definitely not like the beer. But, remember that as the brewing revolution continues, the sophistication of the consumer grows. With the continued expansion of the pub and microbrew market, more room will open up for challenging styles like India Pale Ale.