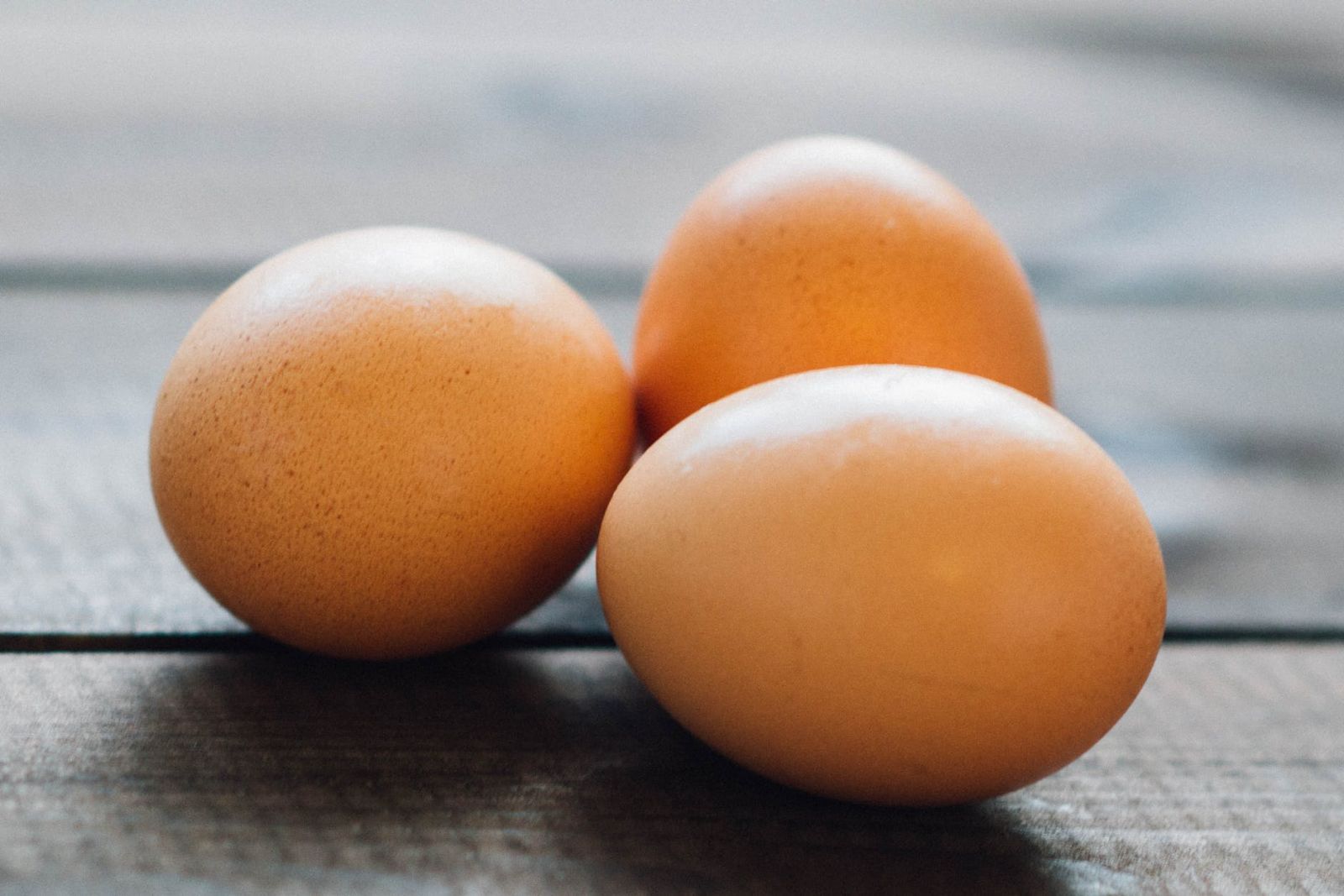 The BrewingTechniques troubleshooter helps one brewer solve a case of fermentations that just didn’t want to get going, answers another perplexed brewer’s questions about his local utility’s water analysis tables, and speculates on the origin and purpose of a strange brewing practice from the 19th century Midwest.

Q: I sent for a copy of the water analysis from my local water company, and now that I’ve got it, I can’t make heads or tails of it. Please help!
DM: The problem here is that your water analysis is very comprehensive — too comprehensive, in fact, for a brewer’s purposes. Assuming that the water is not contaminated with pesticides or other manmade pollutants, you need only look at about 8 or 10 lines on the sheet: alkalinity (also called total alkalinity), calcium, chloride, iron, magnesium, pH, sodium, sulfate, and total dissolved solids. These are the parameters that will affect the brewing reactions and the flavor of the finished beer.
Looking at the water analysis sheet you sent me, I notice that the numbers vary somewhat from one date to another. This is normal and need not concern you, because the variation is not great. The figures in the “Average” column are all you need to concern yourself with.
I can also see that you have very soft water; that is, you water has a low mineral content and low alkalinity. I dislike the terms hard and soft because they are not precise and because all hard waters cannot be treated the same. You have to know exactly what makes them hard.
Soft water such as yours, however, is defined by an absence of minerals, and the treatment required is pretty simple. For pale lagers and ales, raise the calcium content into the range of 50–100 parts per million by adding a calcium salt — either calcium chloride, which will give the flavor a soft, sweet edge, or calcium sulfate, which gives a dry edge that accentuates hop bitterness. Most brewers prefer chloride for lagers and German and American ales, and sulfate for British-style pale ales.
These salts are available in several forms, with or without water or hydration, so if you want to get precise you need to know the exact chemical composition of your calcium additive, then get out your periodic table and do some computations. Then you have to get ahold of a good lab scale and weigh out the addition. If you don’t want to get that picky about it, though, you can just start with 1 tsp/5 gal. of mash water. After mashing in, check your pH to see if it’s in the proper range (5.0–5.7). Chances are it will be.
For dark beers, add calcium carbonate to the mash (not the water, because it won’t dissolve). It will raise the pH into the proper range (5.0–5.7). Follow the same method as above. You will probably find that 1 tsp is enough, but you may need 2 tsp/5 gal. In my experience, 2 tsp is the most you will need.
Your water should be fine for sparging as is. It is always a good idea, however, to check the pH of your last runnings at the end of the sparge. If their pH is >5.7, you can treat your sparge water with a small amount of phosphoric acid or lactic acid to lower its pH to 5.7. But I doubt this will prove necessary with your water supply.
Finally, I need to say that this water treatment recommendation is for grain brewing using the infusion mash method. If you are using malt extract, you shouldn’t need to add any treatment salts to your wort. If you are using decoction mashing, you will find that the mashing process lowers the pH of the mash significantly, and you will probably not need to add calcium chloride or calcium sulfate for making pale beers. For dark beers, you will certainly need to use calcium carbonate.
Click here to browse our extensive selection of brewing water modifiers! 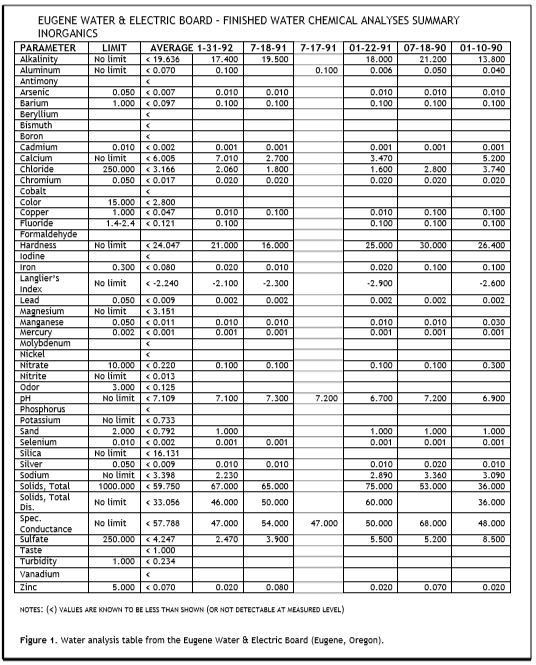 Your water supply is excellent for a brewer’s purposes — the practical equivalent of a painter’s blank canvas. I congratulate and envy you.

Here's Egg in Your Beer

Q: I have written a history of a pre-Prohibition brewery that part of my family owned: The Halm Brewery of Bryan, Ohio (1865–1907). It was founded by a great-grandfather, Jacob Halm, who immigrated from the Stuttgart area in 1854. The family had been brewers and vintners for generations before him in their little Neckar valley village. They included a practice in their brewing which I have found odd, and I would like to know if you have ever heard of it or if it makes scientific sense to you.
During the course of my research I interviewed two elderly gentlemen during the mid-1970s who, as young boys (teenagers), worked in the brewery. One, Art Halm, was the grandson of the founder and son of the owner (circa 1900). The other was the son of the brewmaster. They both told me that they were prohibited from the more dangerous parts of the brewery, including the engine room and around the barley washers where exposed drive shafts and so forth were a hazard. They were allowed on the first floor, which contained the laboratory, open oak primary fermentors, and the brew kettle. They had one job in the brewery: Together, they operated a gadget over the brew kettle which separated 90 dozen egg whites from the yolks and dropped the whites into the brew! The yolks were discarded with the spent grains, which were sold as cattle feed additive.
When I heard this from Art Halm and his fellow “egger,” Ray Wheeler, in 1977, I knew too little to appreciate how odd a practice this was or I would have pursued it further. They are both dead now. I did have enough presence of mind to ask Art why this was done, and his answer was that the egg whites acted as a clarifier to settle solids out of the brew and that if there was any residual protein from the whites, he figured that they may have added to the heading quality of the beer. This story was confirmed in two separate interviews with Halm and Wheeler, who had not seen each other in decades.
The question I have is this: If egg whites were added to the hot brew kettle, wouldn’t they immediately cook, turn solid and drop? Herb Haydock, the collector, asked me about this and was quite curious. The story has spawned other inquiries about it from brewery historians, brew school academics, and even All About Beer. I simply don’t have an answer. It is possible that the two men were confused about where they had added the egg whites — perhaps not at the brew kettle but at the Kühlschiff (pitching tanks or primary fermentors), but the brew kettle was where they said they dropped them.
I would like to know if you are aware of any such brewing practice or if this makes brewing-chemistry sense to you. It would help me greatly and satisfy the curiosity of others. Plus, I might even add it (properly) to my next batch of lager. I calculate the equivalent as 0.54 of an egg white per 5-gal. batch. I think I can measure that!
DM: Thanks for your fascinating letter. Let me start right off by saying that I have never seen “egging” mentioned in the brewing literature. It seems likely that this was one of those family secrets that may have been passed down through generations of brewmasters.
There are certainly analogous practices in cooking. Whole eggs or egg whites are sometimes used to clarify bullion stock and coffee made in old-fashioned pots. The chemical basis of the practice is that albumin (egg white) will denature in hot liquid and form large flakes. These flakes may (though I’m not sure) form a weak electrical bond with the much finer particulate matter in the broth or coffee and carry it to the bottom. Or perhaps they simply lie on top of the fine particles and prevent them from redispersing when the liquid is decanted.
Elsewhere I have explained the chemical reaction of trub formation. In my practical experience, I have found that when I add more tannin to a high-protein (wheat beer) wort in the form of hops, the wort becomes clearer. It is possible, I suppose, that if one had a wort with a large surplus of tannins, that adding more protein in the form of egg whites might likewise produce a clearer wort. But where all that tannin would come from I cannot say. Maybe from the grain husks, if the brewer was using an especially poor variety of six-row barley. If that were the source, then “egging” would serve not only to clarify the wort but also to reduce the grainy astringency associated with such malts. In fact, the primary goal of the practice may have been to smooth the flavor of the finished beer rather than to clarify the wort.
Well, there’s some speculation for you, which may be as far as we can go. Art Halm and Ray Wheeler probably did not know why they added eggs to the kettle, and their fathers may not have known, either. In a practical craft like brewing, experiments rapidly become traditions and until recently were seldom tested rigorously. Sometime in the past, some guy tried egging the wort and thought it helped somehow, so he kept doing it.