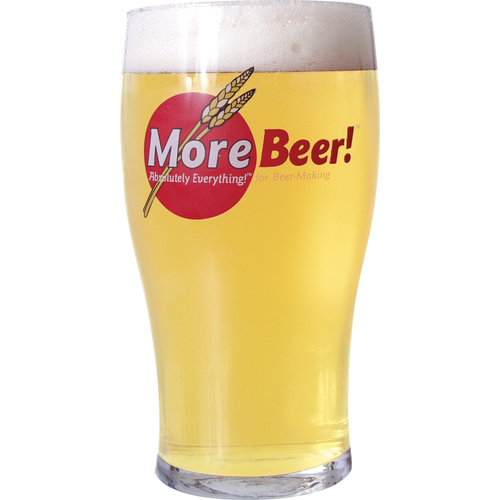 Modern American lagers bear little resemblance to their forebears, which were full-flavored beers with deep, rich characters. Experimentation with the classic style described in this article may convert more brewers — and the techniques that official style-sanctioning bodies — to broader acceptance and enjoyment.

Steam beer is not America’s only indigenous beer style, just its best known. Last winter I decided to try to recreate the taste of another, virtually extinct style — classic American pilsner.*

This is the beer I remember tasting as a kid in Cincinnati in the 1950s. It really had flavor. Part of the flavor was certainly the pungency of beer to a child’s sensitive palate. But part was certainly also the result of higher hopping levels, the use of corn, the presence of some dimethyl sulfide (DMS), and the bigger flavor profile produced by brewing without modern techniques (N2 wort scrubbing, neutral yeasts, minimal wort caramelization, and others) designed to reduce flavors.

Click here to browse our selection of Pilsner and lager beer recipe kits!

A good bit of the body/sweetness profile was produced by the short, 15-min rest at 140 °F (60 °C) and the 45-min rest at 158 °F (70 °C), which resulted in an apparent attenuation of 67%. If these times were reversed, it would probably have resulted in an apparent attenuation of close to 80%, giving a drier, snappier, less full and less satiating beer; 30 min at each temperature would have produced results in between. These other results, however, were not what I wanted.

Because I was brewing mostly for historical curiosity, I brewed only 5 gal. I now wish I’d brewed my usual ¼-bbl batch, because this beer succeeded beyond my wildest expectations.

Not only do I feel that I have brewed a successful historical reproduction, but this beer has also given me a taste for what we are missing today. This pilsner has a beautiful, full, golden color; a long-lasting, thick, creamy head; full flavor, with modest maltiness bolstered by the subtle sweetness of corn; good yeast character balanced by well-defined hop bitterness; and a long, clean, bitter finish.

This is not a Continental Pilsner, but in my opinion it yields nothing to that style in absolute terms. I guess I had thought of American pilsners as simply the best job that American brewers could do with locally available materials. It is far more. This extinct beer is a world class style by absolute standards, especially if my first attempt offers any indication.

*Although it is customary to use the Continental spelling Pilsener, the author prefers pilsner as the proposed spelling of this uniquely American style.

Call for a New Designation

The AHA style guidelines are pretty limiting in this style category. They call for a premium American lager to have a maximum of 23 IBU, and they say nothing about DMS; DMS is often considered a defect. Fix tells of judges who liked his beer but found it “far out of category”.

This flavor, however, was expected by consumers, especially consumers of Midwestern beers. At a recent Ann Arbor Brewers Guild (AABG) meeting, “Your Father’s Moustache” received rave reviews from all, including a number of highly ranked judges, and it took first place for light lager in the spring 1995 BOSS Midwest competition.

Fix reports that in a consumer taste test for a brewpub in Austin, Texas, against a Best of Show Helles and a National First Place Vienna, an “American lager won the consumer preference poll hands down. … It got good marks from local home brewers (who were told about the maize only after they had tasted the beer!), but the most enthusiastic response came from the general public. Many in the over-40 population did mention its similarity to the brews they fondly remember from their youth”.

American megabreweries have to answer not only for the sin of what they are producing today, but for having killed off a great beer. Fix and Jankowski were perhaps too restrained in their praise. I am sure they would agree that it is worthy not only of far greater recognition, but of a home brewing and commercial revival. Home brewers have already helped revive other extinct styles (such as porter), and I propose that this style be the next.

I know that most of us are fond of ales and lament their displacement in this country by lagers, but when we lament we are comparing today’s commercial lagers with today’s hand-crafted ales. That kind of switch would have been a tragedy, but a classic American pilsner is a different beer entirely, and ales of 150 years ago were probably pretty rough.

I have always heard that corn and rice are nothing more than malt stretchers. Because American six-row barley malt is too high in protein to make stable beers, corn was first used to dilute the protein. Cost-cutting was a bonus — a bonus that soon got out of hand. The use of 20% corn, however, is a delightful flavor addition. Unfortunately, I know of no existing commercial examples with full corn and malt expression and decent hopping levels.

I encourage lager brewers to try brewing this style. It is “naked brewing,” as AABG member Dan McConnell commented — there’s no place to hide, so watch your techniques. Please let me know your results, and lobby for this to be a recognized style.