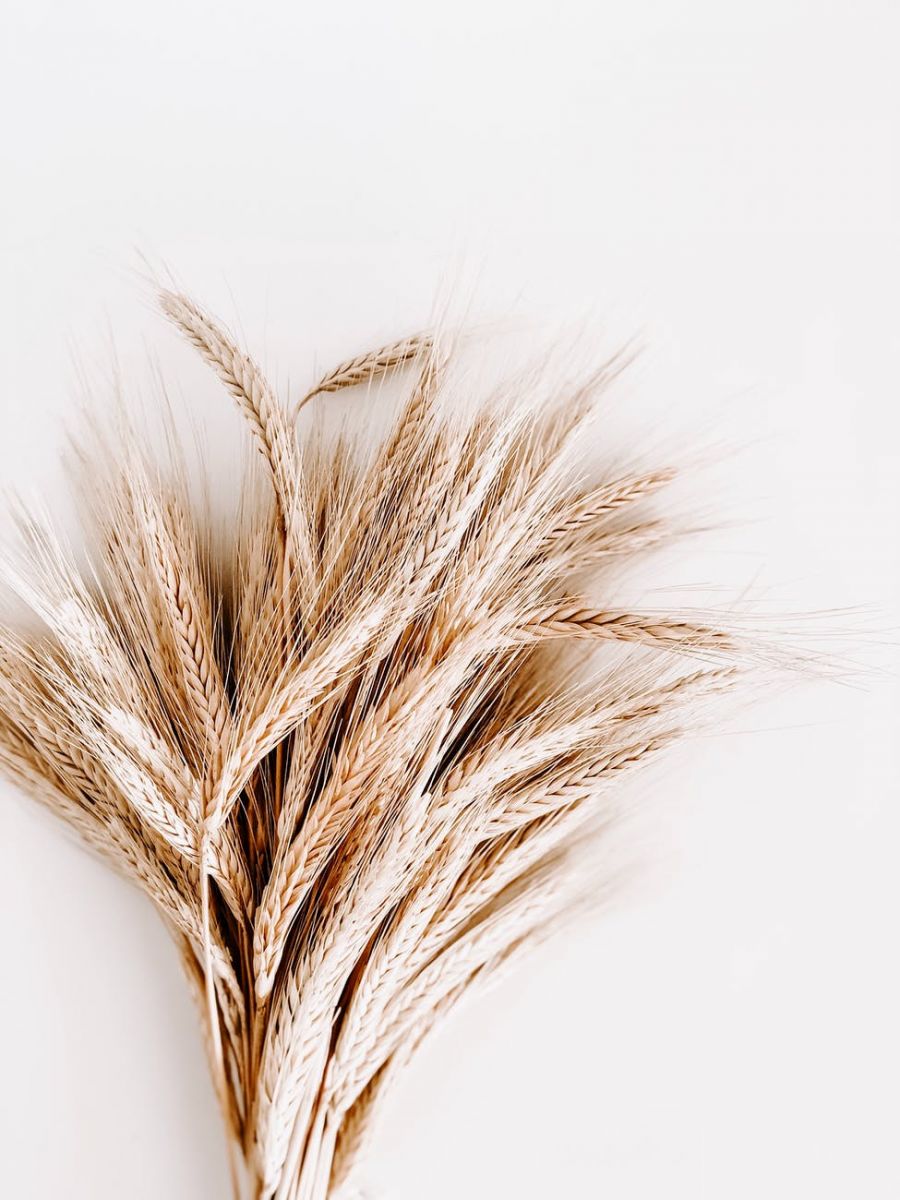 Summertime is prime time for wheat beers, which have traditionally been associated with Weissbier of Berlin and Hefeweizen of Bavaria. American wheat beers, however, are finding a place of distinction on the brewing scene, opening new possibilities for the style. This first installment of “Brewing in Styles” puts American wheat beer in historical context, discusses its characteristics, and offers some practical tips for brewing with wheat.

American wheat beer is a brand new style, invented by specialty brewers in the United States only about 10 years ago. It may even stretch the definition of “style,” for nowhere is the creativity and diversity of America’s craft brewers better displayed than in the new wheat beers. Every brewer has closely held ideas about what constitutes a good wheat beer, and some are highly idiosyncratic; nevertheless, some common defining characteristics can be identified. In general, most American wheat beers are intended to be light summer thirst quenchers, yet they are imbued with the unique, refreshing flavor of wheat malt. They are something like German wheat beers, but without the spicy/phenolic character of the distinctive weizenbier/weissbier yeast culture.

Some brewers, especially on the West Coast, opt for fuller flavored, hoppier interpretations that are derived more from American pale or golden ales than from German Weizenbier. A case could be made for giving these “wheat ales” their own subcategory. Some of these are notably fine beers that have achieved good market acceptance. Dark and bock versions are not unknown, and one brewer (Rubicon Brewing Company, Sacramento, California) has produced an excellent “wheat wine” that must surely rank as one of the most unique beers in America. I believe that the terms weizen and weisse should be reserved for true German-style wheat beers, but we live in a free country, and terms are used quite liberally.

Brew a wheat beer at home, click here to browse our selection of wheat kits!

Wheat malt was known but little used in 19th century American brewing. In Germany, wheat beer brewing was being eclipsed by the new lager beers, and many unique regional wheat styles were going extinct, so German wheat beers never gained a foothold in America. The one exception was the intensely lactic Berliner Weisse, a popular style in Germany at the time; evidently some immigrants brought a taste for it with them. This beer has traditionally been made with one-half to two-thirds wheat malt. American-brewed versions, however, used corn adjuncts and relied solely on the lactic culture as their claim to the style. American-brewed Berliner Weisse was probably extinct by Prohibition and was not revived afterwards.
German wheat beer grew in popularity after World War II, especially in the 1970–1980s, so that weizen beer now rivals conventional lager beers in Bavaria. The wheat beer revival reached America in the form of exports, and home brewers and beer connoisseurs began to be interested in wheat beers. To the best of my knowledge, the first new commercial American wheat beer was brewed by Anchor Brewing Company of San Francisco in 1983 for the fifth anniversary of its new brewery. Anchor Wheat Beer contains 60% wheat malt and Hallertauer hops, is fermented with Anchor’s ale yeast, and is filtered. The rest, as they say, is history.

American wheat beer does not use the traditional German weizenbier/weissbier yeast. The whole point of American wheat beer is to avoid the typical spicy/phenolic character of German wheat beers, which many brewers and beer drinkers find objectionable or unsaleable. Most micro and pub brewers use a conventional ale yeast, but doubtless there are bottom-fermented versions in use. The quick production cycle of conventional ale fermentation is welcome in the summer brewing crunch. Filtration is optional. The wheat malt character is much more pronounced in unfiltered beers.
Wheat malt is used in proportions of 25–70% of the grist; 40–60% is common. In wheat beers, the wheat malt is a major flavor component rather than a minor grist constituent to improve head retention. Dextrin malt and the paler caramel malts may be used with restraint in pale wheat beers. Amber, dark, bock, and highgravity variations are possibilities for the adventurous wheat beer brewer. Wort gravities range from 9 to 13 P (specific gravity 1.036–1.053) or higher; 10 to 12 P (1.040–1.048) is typical. Bitterness ranges from perhaps 12–20 IBU for the lighter summer thirst-quencher types up to 30 IBU or more for heavier bodied, ale-like versions and high-gravity beers. Finishing hops may be absent, restrained, or fairly pronounced but are seldom used as lavishly as in West Coast pale ales.

The one defining ingredient of wheat beers is wheat malt. Unmalted wheat is used in some Belgian styles and also as a conventional cereal adjunct in various parts of the world, but wheat beer requires wheat malt. The nature of wheat malt is central to the joys and perils of brewing wheat beer.
Wheat differs from barley in that it has no husk, which has several important consequences. First, wheat is more difficult to malt than barley, because great care must be taken not to break the exposed acrospire during turning and kilning. Second, wheat malt has a higher potential extract than barley malt. Third, the lack of husks as a filtering material means that lautering tends to be tricky. Finally, relative to conventional all-barley mashes, there is less danger of picking up husk flavors with prolonged or excessive hot sparging.
The other important thing about wheat malt is that it contains considerably more protein than barley malt, often about 14–18%, and the glutenous nature of wheat protein causes considerable haze as well as promoting terrific head formation and retention. Conversion is not a problem, because wheat malt contains ample diastase (but see comments on milling, below). Most wheat malts are produced from relatively low-protein white spring wheats. One U.S. maltster uses hard red winter wheat, which has a higher protein content and is a little harder to mill but otherwise gives satisfactory results.
Click here to browse our selection of wheat malt!

Wheat malt’s characteristics have important consequences in brewing, especially in wort production. Wheat mashes are considerably more troublesome than malt mashes, and sticky mashes and slow run-offs are the rule. Those brewers fortunate enough to have upward-infusion mash vessels and rake-equipped lauter tuns will have a much easier time than most of us who struggle along using infusion mash tuns that were perfectly satisfactory until we started brewing wheat beer.
Because wheat malt is harder and less mealy than barley malt, extract yield increases substantially if the malt is milled somewhat finer than barley malt. Some mills, however, are not well designed for changing the roller settings in the middle of the run. Fortunately, premilled wheat malt is available for those who have this problem. Also, the finer particles will increase run-off problems for those with infusion mash tuns. The question of whether the potential hassles of finer milling are worth the gain in yield is a matter of personal judgment.
For the brewer with a typical infusion mash tun, wheat brewing is often a slow and laborious process. What follows is a distillation of the experience and advice of several experienced wheat brewers. You may not choose to use all these techniques, but be aware of them — you may need them.
Try to avoid grists that contain more than 50% wheat malt and large amounts of grist that produce a deep mash bed, at least until you are experienced and comfortable with wheat mashes. Wheat mashes are so sticky and generally gloppy that it’s a good idea to keep them on the thin side, at least 1 bbl of mash liquor per 100 lb of grist. Use plenty of foundation water — at least 2 in. — over the false bottom plates. Mash in a proportion of barley malt first to ensure that some husk rests over the false bottom. Wheat malt can tend to ball up, especially if you don’t have a premasher to do the really hard work for you. Be sure to mix the wheat and barley malt together as uniformly as possible; any layer or clump of wheat malt will blind the area below it and block run-off.
After conversion at your preferred temperature and time, you might consider remixing the mash with very hot water to raise the temperature to 76–78 °C (168–172 °F). The increased temperature will reduce the viscosity of the wort and mash and make run-off much easier, but it’s an awful lot of work. To do this, heat an appropriate amount of liquor to boiling in the kettle, then underlet into the mash tun and stir like a madman.
One of the best techniques to promote good run-off is to rake the bed with your trusty canoe paddle during recirculation and sparging. Simply use the paddle like a knife to cut the bed in a crisscross pattern to within a few inches of the false bottom. Do this at the start of the wort recirculation (Vorlauf) and at the start of the sparge. Thereafter, monitor the run-off carefully and repeat the cutting when it shows signs of slowing down, or about every 15 min, whichever seems best. Home brewers can do this easily using a kitchen or table knife. Because the danger of leaching out husk flavor is reduced, you can use hotter sparge water than usual, up to 80 °C (176 °F), to reduce wort viscosity, but by all means harden or acidify your sparge water as usual. Wheat mashes compact all too easily, so sparge and lauter more slowly and carefully than usual to prevent a set mash. It is common for wheat mashes to take up to 50% longer to sparge and lauter than normal mashes.
For breweries equipped with mash vessels and rakes in the lauter tun, working with wheat is much easier. Thorough mashing-in is eased by the agitator in the mash vessel. A short proteolysis rest at 50–52 °C (122–125 °F) will help run-off by breaking down some of the high molecular weight proteins and gums without excessively degrading foam performance. High mash-off temperatures (76–78 °C or 168–172 °F) are again beneficial in reducing wort viscosity. In the lauter tun, use the rakes liberally to keep the bed open and draining well. Rake systems that provide a lifting action close to the false bottom help prevent clogging of the slots and are useful in wheat beer brewing.
Regardless of your mashing equipment, wheat worts are turbid and will never clarify as well as normal worts, so recirculate only enough to get the particles out, usually 10–15 min. The high protein content of wheat wort means that the hot break in the kettle is quite spectacular and large amounts of trub are deposited in the whirlpool, so be careful in drawing off the hot wort. Cold break volumes are also relatively large. Wheat beer fermentations using conventional ale yeasts proceed normally; some brewers feel that wheat proteins are beneficial to yeast nutrition. Excessive foaming may occur in fermentors with insufficient headspace, in which case silicone antifoam agents (available from specialty brewery suppliers) can be used to advantage.
Filtering wheat beers is a matter of personal preference and consumer acceptance. If you must filter, remember that the extra haze makes filtration more difficult. It is often impossible to get good clarity and chill stability without very tight filtration or the use of chillproofing agents such as silica hydrogel. German wheat beers have very high carbonation levels — 3.0 volumes or so — but such high levels can cause massive problems in brewpub taps. Normal carbonation levels of 2.4–2.7 volumes are very acceptable.

America wheat beer is an important contribution to the diversity and variety of styles in our young industry. The challenge of wheat beer brewing and the creativity inherent in the style will keep us “wheaties” turning our new variations for many years to come.